Apple today highlighted some of the winners of its Swift Student Challenge ahead of WWDC 2020 next week, including Sofia Ongele, Palash Taneja, and Devin Green. There are 350 winners in total from 41 countries and regions. 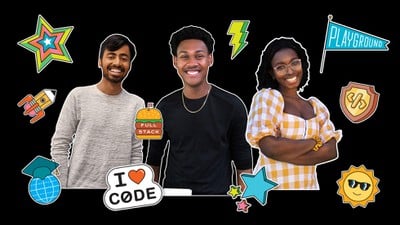 Apple profiled three other winners in an App Store story, including Lars Augustin, Maria Fernanda Azolin, and Ritesh Kanchi. Starting today, developers who submitted their applications can find out their status by signing in to the Challenge website with the Apple ID they used to submit their application, according to Apple.

In a normal year, the winners would have received free admission and accommodations for WWDC in San Jose, but this year's event is being held virtually. Each winner will still receive an exclusive WWDC 2020 jacket and pins and access to one-on-one developer labs with Apple engineers without paying for Apple Developer Program membership.

As in previous years, the newly named Swift Student Challenge tasked students with creating an interactive scene in a Swift playground that can be experienced within three minutes, as a way of showing Apple their coding abilities and creativity.

WWDC begins with a virtual keynote on Monday at 10 a.m. Pacific Time.

Friday July 23, 2021 8:07 am PDT by Sami Fathi
Yesterday, DigiTimes claimed that the upcoming iPad mini will feature a mini-LED display, but now, display analyst Ross Young is going at odds with that report, claiming that while the updated iPad mini continues to be on track for a release this year, it won't feature a mini-LED display. Young says he "confirmed" with Radiant Opto-Electronics, who DigiTimes claims would provide Apple with...
Read Full Article • 62 comments