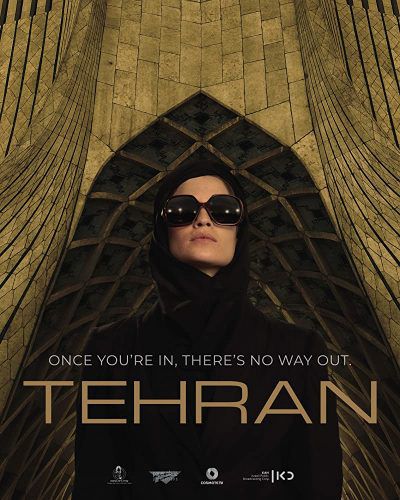 Apple has secured the international rights to Israel-Iran espionage thriller "Tehran," according to Deadline. The eight-part series is said to revolve around Tamar Rabinyan, a Mossad computer hacker-agent undertaking her very first mission in Iran's capital.

"Tasked with disabling an Iranian nuclear reactor, her mission has implications not just for the Middle East, but for the rest of the world," the report explains. "But when the Mossad mission fails, Tamar goes rogue in Tehran as she rediscovers her Iranian roots and becomes romantically entwined with a pro-democracy activist."

The series has yet to receive an Apple TV+ release date.

Oh goody, another Barf-fest show I won’t watch. Heaven forbid Apple ever starts providing shows that are truly worth watching to anyone who doesn't live in the Bay Area of CA. Just as well, that interface they built into my Apple TV 4K is so convoluted and filled with advertisements I wouldn't be able to find a good show if it existed. I thought Amazon was horrible with trying to get us to rent/purchase everything even with a Prime membership, Apple is way worse! Both services need a "Turn off the @#$%ing Ads and Show Me What is Free with My Membership" button.

Are the people living in the Bay Area particularly interested in dramatizations of Israeli covert operations against Iran?
Score: 12 Votes (Like | Disagree)

Ar40
YES!! I love Israeli dramas! Finally a guy-oriented show, spy thrillers are my jam. This will make up for Little Voice being geared to women exclusively.
Score: 7 Votes (Like | Disagree)

ArrayDecay
The title sounds like it's a joint Israel-Iran production. Which I'm sure, it is not.
Score: 6 Votes (Like | Disagree)

Oh goody, another Barf-fest show I won’t watch. Heaven forbid Apple ever starts providing shows that are truly worth watching to anyone who doesn't live in the Bay Area of CA. Just as well, that interface they built into my Apple TV 4K is so convoluted and filled with advertisements I wouldn't be able to find a good show if it existed. I thought Amazon was horrible with trying to get us to rent/purchase everything even with a Prime membership, Apple is way worse! Both services need a "Turn off the @#$%ing Ads and Show Me What is Free with My Membership" button.

The title sounds like it's a joint Israel-Iran production. Which I'm sure, it is not.

That would be encouraging for Arab/Israeli relations
Score: 6 Votes (Like | Disagree)

sentiblue
I don't have a good feeling about this.

First, Mr. Cook got involved in politics which I think was unwise. Regardless of which side you take, there's always be the other side that doesn't like you and therefore doesn't like your product. A CEO's responsibilities are to his customers and investors. If he wants politics, he can quit CEO and I have no doubt he'd be a great politician because I genuinely believe Mr. Cook is a man of honor.

Second, doing a show about intelligence and illegal stuffs done by/in countries that have multiple political/sovereign conflicts is begging for trouble. Soon or later, a detail somewhere in the show will get someone mad. They may one day retaliate against Apple because a part of the show may have been a disgrace to his people (in his own view).

This reminds me a lot of Homeland which just ended it’s 8th season at the end of April.
If you’re not familiar, Homeland revolves around a CIA agent, Carrie Mathison, that fights against terrorism. The first season focused on a POW (prisoner of war) that was turn and released back to the US and Carrie’s relationship with the POW.

I was hooked onto Homeland the minute I saw its first episode. But when it came to a later season when Carrie deliberately slept with a young boy probably half her age to gain a strategic advantage, I think the series completely lost its touch. Such a sexual act is not just wrong, it's completely against his culture and religion. The series management decided to show complete disrespect for a middle eastern culture and I think that was not just crossing the line, but running over it with a tank. I stopped watching the rest of the show.
Score: 5 Votes (Like | Disagree)
Read All Comments