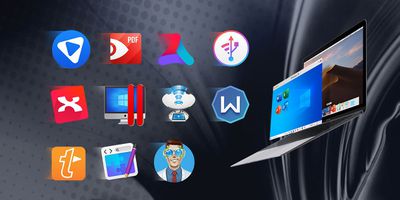 Note: MacRumors is an affiliate partner with StackSocial. When you click a link and make a purchase, we may receive a small payment, which helps us keep the site running.

To get the bundle at a discount, head to StackSocial and add it to your cart. At the checkout screen, enter the promo code RUMORS10 to get the entire bundle of 11 apps for $54, down from $59.99.

You'll need to create a free StackSocial account to use the promo code, and this sale will only last for a few days, so be sure to check it out soon if you're interested.

If you're shopping around for an iMac or MacBook to use these apps, our dedicated guides should be helpful. We track the Best Deals on iMac and Best Deals on MacBook Pro and MacBook Air each week. You can also keep up with all of this week's best discounts on Apple products and related accessories in our dedicated Apple Deals roundup.

johnparjr
PDF expert alone is worth that price
Score: 12 Votes (Like | Disagree)

AppleInLVX
All these bundles used to be great, but these days they're just a gateway for subscriptions. Hard pass.
Score: 12 Votes (Like | Disagree)

roland.g
I'd have to find out if all the other software is worth it, because yes, I want to buy, not rent Parallels.
Score: 11 Votes (Like | Disagree)

smithrh
Parallels can bite me...
Score: 9 Votes (Like | Disagree)