The FBI broke the law when it powered on a suspect's smartphone to take a photo of his lock screen without a warrant, a U.S. District Court Judge has ruled (via Ars Technica). 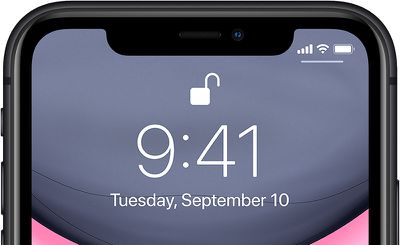 In a Seattle court, Judge John Coughenour determined that gathering evidence from a lock screen constitutes a search, therefore doing so without first obtaining a warrant violates the Fourth Amendment, which prohibits unreasonable search seizure.

Joseph Sam from Washington state was arrested in May 2019 and indicted on several charges related to robbery and assault. The suspect was in possession of a Motorola smartphone. According to Sam, one of the officers present at his arrest pressed the power button to bring up the phone's lock screen.

What is known is that on February 13, 2020, the FBI removed Mr. Sam's phone from inventory, powered the phone on, and took a photograph of the lock screen [...] The photograph shows the name “STREEZY” right underneath the time and date.

The suspect's name revealed on the phone's unlock screen turned out to be useful evidence. Sam's lawyer subsequently filed a motion arguing that this evidence should not have been sought without a warrant and should therefore be suppressed.

Judge Coughenour ruled that the police were within their rights to look at the lock screen at the time of the arrest, given that certain circumstances allow for a search to take place without a warrant. However, investigators involved in later search and seizure must obtain a warrant first.

The FBI physically intruded on Mr. Sam's personal effect when the FBI powered on his phone to take a picture of the phone's lock screen.

Usually when the topic of a smartphone search comes up in court, the question has to do with forcing suspects to unlock their phone, so this is the first case where merely viewing a lock screen has been subject to judicial scrutiny.

A 2019 U.S. court ruling judged that law enforcement officials can't force smartphone users to unlock their devices using fingerprints or other biometric features such as facial recognition, since doing so would run afoul of the Fourth and Fifth Amendments.

dannyyankou
This is constitutional law 101. The warrant is what makes “unreasonable search and seizure” reasonable.
Score: 25 Votes (Like | Disagree)

clayj
The judge is correct. There ALWAYS needs to be a warrant, especially for anything not in plain sight.

You learn something new everyday... My question is, why would they take a picture of it? Why couldn’t they just write that name down? Lol. It’s not like there was any other info on the screen.

You take a picture because that's better proof of what was on the phone. Otherwise some crooked cop could just write something down and SAY he saw it.
Score: 21 Votes (Like | Disagree)

Scottsoapbox
The article title is missing the key word later.

As looking at the lock screen was ruled fine at the time of arrest.
Score: 9 Votes (Like | Disagree)

Appleman3546
This decision so fact sensitive and nuanced. If the lock screen is on and in a public place, it is available to the public and the US Supreme Court will likely rule it is like viewing a car on a public road (permissible to survey without a warrant). If the screen is off or in a private place, there is likely to be a reasonable expectation of privacy. Regardless, some states have already permitted access to phones in lawsuits such as Antico v Sindt Trucking in Florida (later approved by the Supreme Court of Florida in Weaver v Myers)
Score: 5 Votes (Like | Disagree)

just more reasons to lock down everything on the phone.. lol.

I have my phone setup is it doesn’t even show notifications until unlocked.
Score: 4 Votes (Like | Disagree)

MadDawg2020
Don’t worry folks - Mitch McConnell is working very hard right now to push new search and seizure laws through the Senate that will guarantee that search warrants will no longer be necessary for the Government to search any of our data any time they want, on any device you own and for any reason they want, with no probably cause, no notification or no compensation to you ever, - regardless of you were involved in a crime or not!
Score: 3 Votes (Like | Disagree)
Read All Comments