iPhone 12 Lineup With OLED Displays Predicted to Start at $649, Breaking the $999 Barrier

Apple has never sold a new iPhone with an OLED display for under $999, but with the iPhone 12 lineup expected to include a wider range of models, that could soon change.

iPhone 12 pricing could start at $649 this year, according to Jon Prosser of the YouTube channel Front Page Tech. Prosser says this information comes from his same source who accurately revealed the new iPhone SE's launch date. 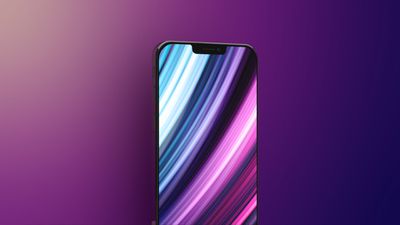 The prices would be as follows:

Even if these prices are merely educated guesses, it is reasonable to assume that Apple will finally offer an OLED-based iPhone for less than $999 this year. Given its smaller size and lower pricing, the 5.4-inch iPhone could easily become one of Apple's best selling iPhone models ever, especially during these uncertain times.

Apple is expected to unveil its iPhone 12 lineup in September, although at least one model might not become available to order until October or November.

decisions
5.4in is about to be the best iPhone model of all-time.
Score: 69 Votes (Like | Disagree)

CrazyForCashews
I have a feeling that the 5.4" iPhone will sell like hotcakes, and Apple will be surprised by the demand for the smaller iPhone.
Score: 27 Votes (Like | Disagree)

calzon65
Smartphone prices have ballooned out-of-control, so an OLED base price of $649 would be welcomed.
Score: 24 Votes (Like | Disagree)

Return Zero
Huge if true. OLED and smaller size is the only reason I went Pro. I’d be all over a 5.4” non-pro OLED.
Score: 15 Votes (Like | Disagree)

mattopotamus
While I don't see it mentioned here, the rumors also suggest only the Pro versions will get the redesign with squared off edges.
Score: 11 Votes (Like | Disagree)

And they'll no doubt keep the SE around for the budget option.
Score: 11 Votes (Like | Disagree)
Read All Comments