Apple plans to reopen retail stores in Australia in the next one to two weeks, Apple CEO Tim Cook said today in an interview with Bloomberg ahead of today's Q2 2020 earnings call. Apple has a single store in Austria and over 20 retail locations in Australia. 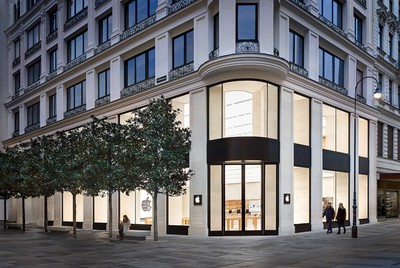 Cook said that "just a few" stores will reopen in the United States starting in May. Before reopening stores, Apple will "look at the data" and make decisions "city by city, county by county" when considering whether to reopen stores.

Earlier this week, Apple retail chief Deirdre O'Brien told employees that she expects "many more" stores to open starting in the month of May. All of Apple's stores outside of Greater China have been shut down since March 14, with the exception of a single store in South Korea, which reopened in April.

Cook said that Apple's Cupertino campuses will not be reopening until at least early June. Santa Clara County, where the campuses are located, has extended its shelter-in-place order until the end of May.

When Apple's corporate offices do reopen, Apple plans to bring employees in on a staggered basis with temperature checks, social distancing, and masks.

WestonHarvey1
Are they doing it in alphabetical order or something?
Score: 9 Votes (Like | Disagree)

The US is reporting about 2,000 deaths/day. It's quite irresponsible for Apple to reopen stores now, since majority of people actually go to an Apple Store to TEST products that goes into several people's hands.

I don’t know how they’ll manage this, but Australia at least is far from the US experience. New cases are currently running at an average of about 10-15 per day nationwide (under 10 some days) with almost all being known contacts; and total deaths are still under (but approaching) 100.

We have a much smaller population of course, but the infection and death rates per head of population are also far less. We might’ve been lucky to get the virus in late Summer/Autumn, but a national lockdown also helped. It was trending in a worrying fashion before the lockdown measures.

I think they’ll reopen first in Perth and Adelaide that’ve had no new cases for a week or more. They still have all the Macs set up on the tables at my local store in Bondi, Sydney, but that might be one of the last to reopen considering it’s near one of the clusters in Sydney.

2,000 deaths a day is a shocking figure and I can’t understand the push from some people like Elon Musk to reopen in the US at this time. I agree that is totally irresponsible.
Score: 6 Votes (Like | Disagree)

PotatoLeekSoup
I got a nice "No Kangaroos" magnet when I visited Vienna. Handy reminder.
Score: 4 Votes (Like | Disagree)
Read All Comments

Saturday May 30, 2020 4:00 pm PDT by Eric Slivka
Apple today doubled the price for upgrading the RAM on the entry-level 13-inch MacBook Pro, with customers in the United States now being charged $200 to move from 8GB to 16GB compared to the previous $100 upgrade price. Similar increases are seen in other countries, such as moving from €125 to €250 in Germany and from £100 to £200 in the United Kingdom. Current pricing on RAM upgrade for ...
Read Full Article • 276 comments