Apple has a team called Information Systems & Technology (IS&T), that builds its internal technology tools, including servers and data infrastructure. The IS&T group, according to an excerpt from an upcoming book shared by BuzzFeed News "operates in a state of tumult." 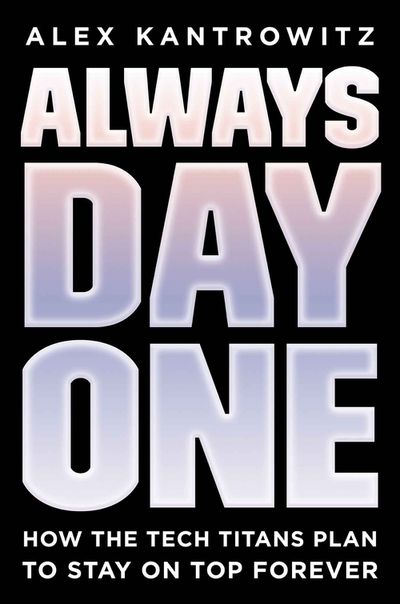 Made up largely of contractors hired by rival consulting companies, Apple's IS&T team has been likened to a "Game of Thrones nightmare" with turmoil, infighting, and disagreements that hinder work.

"There's a Cold War going on every single day," Archana Sabapathy, a former IS&T contractor who did two stints in the division, told me. Sabapathy's first stint at IS&T lasted more than three years, the second only a day. Inside the division, she said, contracting companies such as Wipro, Infosys, and Accenture are constantly fighting to fill roles and win projects, which are handed out largely on the basis of how cheaply they can staff up to Apple's needs.

Companies involved in providing contractors for available roles don't care about the work, the talent, or the effort that's put in. People come and go with no notice, and Apple employees have been forced to rewrite code created by IS&T on multiple occasions.

Experiences shared on Quora have said that working on the IS&T team is "worse than sweatshops in India" and a "soul sucking" place to be.

Apple also has unrealistic expectations for the IS&T team, paying consulting companies as much as $150 an hour while contractors make much less, up to $55 per hour, leaving Apple with "lesser contractors" to fill the "same high demands."

The excerpt suggests that Apple should make an effort to fix its "broken" IS&T division as it would be the right thing to do from a moral standpoint and could also help Apple's business.

The full excerpt can be read over on BuzzFeed's website, and it comes from the book "Always Day One" by BuzzFeed writer Alex Kantrowitz. "Always Day One" takes a look at the inner workings of Amazon, Facebook, Google, Apple, and Microsoft.

swingerofbirch
I've pointed out on this forum before how few employees has relative to its size. Compare it to the number of employees IBM has for example (about three times as many).

I was a contractor for Apple a couple of times, but I had no idea their internal tools were built by contractors as well.

Apple should be investing in itself. To strive for something better than great profit margins.

The more you take a step back and get a birds eye view, the more Apple looks like an organization whose greatest success is organizing various contractors around the world in a way to produce a lot of revenue that benefits a relatively small number of employees, with the ones at the top receiving the lion's share in stock options. Yes, they have good products (although that's been murkier as time has gone on), but it seems like having good products has been secondary for a while to their success and strategy. They care about products, but obviously not enough or it hasn't scaled well as they've grown.

Tim Cook is very good at what he does. I just don't like what he does. Or what he does shouldn't be the aim of Apple. It should be secondary, in an ideal world.
Score: 18 Votes (Like | Disagree)

Red Oak
Not good. This should all be done internally. Hire the best, do it right

This is how Boeing ****ed up. By relying too much on contractors. Hopefully Apple will course correct
Score: 13 Votes (Like | Disagree)

CWallace
Not unique to Apple. Microsoft uses legions of contract workers to handle a lot of core tasks while the FTEs mostly just managed them or did reporting. MS CEO Nadella started a review a couple of years back and started pulling some of "the Crown Jewels" and core IP back into FTE hands, but MS still has plenty of contractors doing critical corporate tasks at fairly lower wages and benefits than the FTEs that oversee them.

I expect it is similar at Google, Facebook and other large IT corporations.
Score: 12 Votes (Like | Disagree)

iFan
I still have nightmares from calling IS&T to fix things. Also a direct quote from Phil Schiller once: "You let $#$#ing IS&T code that?"
Score: 11 Votes (Like | Disagree)

robertcoogan
Wow! This sounds exactly like defense contracting. I mean, it REALLY does sound like it. I bet they make employees sign "at-will" clauses as part of the hiring process, too. I remember starting work at one USMC base in 29 Palms, California, and they had no job-related documentation for new hires. No desktop procedures, no turnover documentation, and the SOP (standard operating procedures) had been in perpetual draft the entire time I was there (and it wasn't worked on, not once). These are requirements that the USMC has marines follow, but once you're a civilian, the shackles come off, and complacency sets in. The only onboarding I received was company-related and involved benefits, direct deposit, etc. As long as the minimum requirements are being met, no one asks any questions. Pretty embarrassing, really.
Score: 8 Votes (Like | Disagree)

Yeah. I’m not sure what the problem is here. But I’m also not in the industry.

You don't have to be in the industry. Anyone working in any job should be able to see the difference between people who take pride in their work and people who are just there to collect a paycheck. It's possible that many of them started the job with the best of intentions, but the circumstances made it difficult for them to do the best possible work so they just stopped caring. I'm sure that many of us have been in that kind of situation. Do you stick it out just because the money is good? Or do you leave and find another job because you don't see the situation improving, and the stress vs pay ratio was not worth it? In the case of Apple, they may also have to decide if the prestige factor makes up for the other issues.
Score: 5 Votes (Like | Disagree)
Read All Comments