The director general of Britain's Security Service is arguing for "exceptional access" to encrypted messages, in the ongoing battle between authorities and technology companies, reports The Guardian. 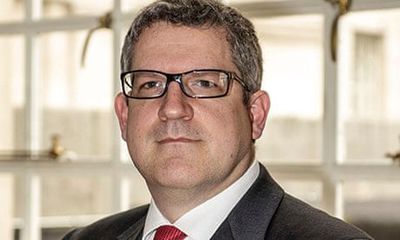 MI5's director general has called on technology companies to find a way to allow spy agencies "exceptional access" to encrypted messages, amid fears they cannot otherwise access such communications.

Sir Andrew Parker is understood to be particularly concerned about Facebook, which announced plans to introduce powerful end-to-end encryption last March across all the social media firm's services.

In an ITV interview to be broadcast on Thursday, Sir Andrew Parker says he has found it "increasingly mystifying" that intelligence agencies like his are not able to easily read secret messages of terror suspects they are monitoring.

Parker goes on to say that cyberspace has become an unregulated "Wild West" that is largely inaccessible to authorities, and calls on tech firms to answer the question: "Can you provide end-to-end encryption but on an exceptional basis – exceptional basis – where there is a legal warrant and a compelling case to do it, provide access to stop the most serious forms of harm happening?"

The U.K. government has long argued that encrypted online channels such as WhatsApp and Telegram provide a "safe haven" for terrorists because governments and even the companies that host the services cannot read them.

Tech companies have pushed back against various attempts by authorities to weaken encryption methods, such as the FBI's request that Apple help it hack into the iPhone owned by Syed Farook, one of the shooters in the December 2015 attacks in San Bernardino.

Apple famously refused to comply with the request, and has since consistently argued against laws that would require tech companies to build so-called "back doors" into their software, claiming that such a move would weaken security for everyone and simply make terrorists and criminals turn to open-source encryption methods for their digital communications.

On the opposing side of the debate, Britain's cybersecurity agency has proposed that if tech companies sent a copy of encrypted messages and the encryption keys to unscramble them when requested following a warrant, this would allow them to prevent terrorists and criminals from operating out of sight without compromising encryption methods.

However, given that encrypted communication services like WhatsApp and Signal do not have access to private keys that would enable them to decrypt messages, a back door would seem the only alternative.

"The reality is that these big tech platforms are international companies: providing access to UK police would mean establishing a precedent that police around the world could use to compel the platforms to monitor activists and opposition, from Hong Kong to Honduras," the spokesperson added.

DoctorTech
The nerve of citizens to think they have a right to communicate with someone else without their government being able to listen in on them... who do they think they are? You know what else would help prevent / solve crimes? Banning curtains and blinds. Just think about how many crimes are committed in homes and hotels around the world because people can do things without being observed. If we give governments the ability to look into everyone's living rooms, bedrooms and offices we could cut down on terrorism and might even catch someone with child porn. It may cost everyone what little is left of their privacy but it would help fight terrorism /s
Score: 34 Votes (Like | Disagree)

I would argue the opposite. Intelligence agencies have enjoyed pretty much unlimited access to personal communications like they never had before. The Snowden leaks proved this in detail. They've been grabbing and cataloguing everything for over a decade.

Encryption breaks some of that but it only brings it back to the level it was before.

At least Britain can't push for these measures within Europe any longer.
Score: 29 Votes (Like | Disagree)

Winni
Yes. It's essential that a government and their intelligence agencies can spy on their own people...

"If you have nothing to hide, then you are nothing."
-- Prof. Dr. Shoshana Zuboff
Score: 22 Votes (Like | Disagree)

xnu
Didn't that building get destroyed in the last Bond movie?
Score: 16 Votes (Like | Disagree)

xxray
This makes me angry. Let’s ask all of these government leaders for a backdoor into their devices.
Score: 15 Votes (Like | Disagree)
Read All Comments