Students at Santa Clara University in Santa Clara, California are now able to add their ACCESS student IDs to the Wallet app on the iPhone and the Apple Watch, allowing their devices to be used to access buildings, attend athletic events, purchase meals, check out library books, and more. 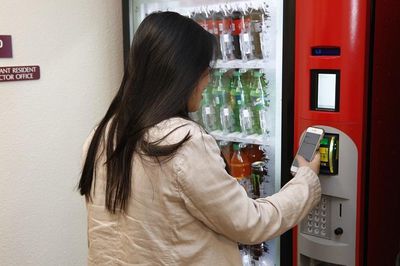 Once a student ID card has been added into the Wallet app, students can use an ‌iPhone‌ or Apple Watch in lieu of a physical card by holding their device near a reader. The contactless student ID can be used anywhere the physical ID card is required.

Santa Clara University is located close to Apple's Cupertino headquarters, and it was one of the universities that worked with Apple and partner company Transact during the pilot program for contactless student IDs.

SCU expects that most of its 5,500 undergraduate students will be using the mobile student ID system by the end of the year.

Apple first announced plans to bring contactless student IDs to ‌iPhone‌ and Apple Watch at the 2018 Worldwide Developers Conference, and rolled out the first IDs in October 2018.

Is there any way available to contact this feature for personal use? For instance, could I make an app for a private club, add that club's membership card to the wallet app, and use it to open magnetically locked doors, pay member dues, etc? Or is this feature set not available to devs?

Yes, via NFC enabled passes. You can do it yourself or there's third-party services to simplify it.
Score: 2 Votes (Like | Disagree)

how do you do this? I have a contactless card and cannot find any way to do this ...

Include me, I like to know how you do this.
On an iPhone of course...

So you did not access buildings there, attend athletic events, purchase meals, and more? Do not, others do it.

Locks on campus doors have become much more prevalent in recent years both due to "security incidents" and actually increased awareness of the sensitivity of research data and IP.
Score: 2 Votes (Like | Disagree)

Z400Racer37
Is there any way available to contact this feature for personal use? For instance, could I make an app for a private club, add that club's membership card to the wallet app, and use it to open magnetically locked doors, pay member dues, etc? Or is this feature set not available to devs?
Score: 1 Votes (Like | Disagree)

Yes, via NFC enabled passes. You can do it yourself or there's third-party services to simplify it.

how do you do this? I have a contactless card and cannot find any way to do this ...
Score: 1 Votes (Like | Disagree)

Yes, via NFC enabled passes. You can do it yourself or there's third-party services to simplify it.

how do you do this? I have a contactless card and cannot find any way to do this ...

Include me, I like to know how you do this.
On an iPhone of course...


I already use my watch for the vending machine at work. It would be nice to also be able to use it for building access.

Wednesday September 1, 2021 6:15 am PDT by Joe Rossignol
Apple today announced the first U.S. states that will be rolling out the ability for residents to add their driver's license or state ID to the Wallet app on the iPhone and Apple Watch. Arizona and Georgia will be the first states to support the feature, with Connecticut, Iowa, Kentucky, Maryland, Oklahoma, and Utah to follow, according to Apple. Apple said select TSA security checkpoints in ...
Read Full Article • 282 comments