After the book was published yesterday in Germany, Apple sent a cease and desist letter to both Sadowski and publisher Murmann Verlag, reports German news site Focus (via iMore). 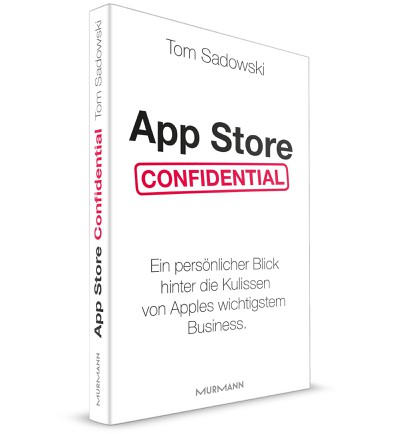 Apple claims that the book reveals "business secrets" that are of "considerable economic value," but Sadowski denies the inclusion of proprietary information. Apple also says that Sadowski has violated his employment agreement.

Apple has demanded that Sadowski and his publisher stop selling the book, recall all copies in circulation, and destroy the manuscripts, which Sadowski does not plan to do.

In a statement, Apple said that it has "long supported a free press and supports authors of all kinds" but Sadowski violated employee agreements that should be "applied equally and fairly to all employees."

The book is available only in German and according to one site that read the book, EN24, Apple's allegations are "not entirely understandable" because the author "mostly reveals only the obvious." It's described as "just banal" and more of a field report than an in-depth business analysis, but Apple is notoriously secret so it's no surprise that it wants the book banned either way.

adamjackson
...well that's one way you guarantee the book sells well versus just ignoring it.
Score: 8 Votes (Like | Disagree)

makitango
Back to burning books now, are we? What a time to live in.
Score: 5 Votes (Like | Disagree)

BMcCoy
Has Apple not heard of the Streisand Effect?
Score: 2 Votes (Like | Disagree)

jakebrosy
So...it's in German. And I don't read German. But I just ordered a paperback version. Spent $23+ on a book I'll never read.

There is no better way to sell a book than to ban it. The author should thank Apple (and the media) for making App Store Confidential #2 in German-language books.
Score: 1 Votes (Like | Disagree)
Read All Comments

Monday July 13, 2020 6:50 am PDT by Joe Rossignol
Earlier this year, Apple agreed to settle a U.S. class action lawsuit that accused the company of "secretly throttling" older iPhone models. Now, eligible iPhone owners are beginning to be notified about their legal rights and options. Under the proposed settlement, Apple will provide a cash payment of approximately $25 to each eligible iPhone owner who submits a claim, with its total payout ...
Read Full Article • 137 comments