Apple is said to be working with supply chain partners in Taiwan on several upcoming products, including a so-called "AirPod Pro Lite," according to DigiTimes. Other products mentioned include next-generation iPad, Apple Watch, and iMac models, all of which will be due for updates in the coming months, although some like the ‌iPad‌ and Apple Watch are unlikely to launch before September. 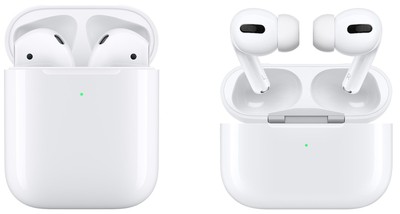 The AirPod Pro Lite mention comes without further details, buried in a report about Apple looking to ramp up production with partners in Taiwan as it seeks to geographically diversify Apple's supply chain amid the ongoing coronavirus epidemic that has significantly impacted production in China.

Apple, maintaining partnerships with supply chains in both Taiwan and China, may have its Taiwanese partners handle more production of new-generation ‌iPad‌, Apple Watch, AirPod Pro Lite and ‌iMac‌ devices to be released later, as the epidemic has raised risks of raw materials supply shortages and shipments disruptions arising from uncertain resumption of normal operations at components suppliers and assembly plants in China, the sources said.

It's unclear exactly what DigiTimes is referring to by "AirPod Pro Lite," as Apple just released the AirPods Pro in October of last year. That followed the launch of second-generation regular AirPods in March 2019, and with only $50 separating the ‌AirPods Pro‌ from the wireless case version of the regular ‌AirPods‌, we're not sure how a "Lite" version of the ‌AirPods Pro‌ would fit into Apple's lineup.

While DigiTimes often has some insight into Apple's product pipeline through the supply chain, the publication is less accurate when it comes to specific details like product naming and timing, so it's possible these could be a third generation of the regular ‌AirPods‌, but we'll have to wait for additional rumors to surface before we have a better picture of what to expect.

CarlJ
its a mistranslation. Should be AirPods Pro Light. Its a new accessory for the AirPods Pro that adds powerful flashlights to each earpiece. No doubt [USER=256215]@AngerDanger[/USER] can put together a mock-up for us.
Score: 9 Votes (Like | Disagree)

incoherent_1
Probably just the next gen version of the base AirPods.
Score: 9 Votes (Like | Disagree)

Lounge vibes 05
I do not trust DigiTimes at all
Score: 7 Votes (Like | Disagree)

Friday May 14, 2021 11:52 am PDT by Juli Clover
Following the discontinuation of the iMac Pro, Apple also appears to be discontinuing Space Gray "Magic" accessories that it sold separately alongside the iMac Pro. The iMac Pro was the only Space Gray Mac, and Apple designed special matching accessories for it. The Space Gray Magic Mouse 2, Magic Keyboard, and Magic Trackpad all now say "While supplies last" in small wording at the bottom...
Read Full Article • 363 comments

Sunday May 16, 2021 2:39 pm PDT by Eric Slivka
The Browse tab in the Music app across Apple's platforms has started displaying a prominent teaser hinting at an upcoming major announcement for Apple Music. Under the heading "Coming soon," the headline says "Get ready – music is about to change forever." An accompanying "Tune-In Video" simply shows an animated Apple Music logo. Rumors have indicated that Apple is preparing to launch a...
Read Full Article • 140 comments