Foxconn was originally planning to reopen its factories on Monday to begin production on Apple devices after the Lunar New Year holiday, but the company's plans were denied by Chinese Authorities due to the ongoing coronavirus outbreak, reports Nikkei.

Public health experts told Foxconn that its Shenzhen factories face "high risks of coronavirus infection" after on-site inspections were conducted, with the information relayed to Nikkei through multiple sources. Health officials were concerned about the poor airflow in restaurants and dormitories, and the use of central air conditioning. 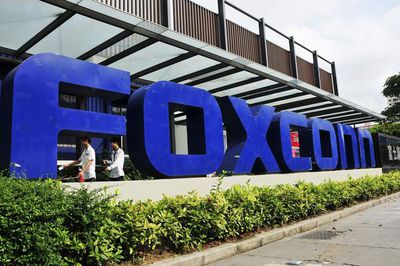 "Violation of epidemic prevention and control could potentially face the death penalty," the internal meeting memo seen by the Nikkei Asian Review said.

Foxconn's Zhengzhou complex, which is its biggest iPhone factory, has also cancelled plans to resume work on Monday. Local governments are concerned the virus will spread quickly in a labor-intensive working environment, and "no one wants to bear the responsibility of restarting work at this critical moment," one of the sources said.

Foxconn on Friday cancelled flight bookings for Taiwanese employees to go back to China, and the company already told employees in Shenzhen not to return to work.

Apple has also extended the shutdown of its own retail stores in China. Stores were supposed to open on Monday, but Apple has decided to wait until February 15.

There have already been multiple reports suggesting these factory closures will have an impact on Apple's device production plans, and we could see dwindling device supplies and lengthening shipping times in the near future. AirPods and AirPods Pro could be impacted as a product already in short supply, and these delays may also affect the upcoming low-cost iPhone that Apple has in development.

Production on the new low-cost ‌iPhone‌, which has been referred to the "iPhone SE 2" or the "‌iPhone‌ 9" was supposed to begin in February, but it's not clear if Apple will be able to remain on schedule.

Foxconn told Nikkei that its operation schedules for facilities in China follow local government recommendations, and that it has not "received requests from [its] customers on the need to resume production earlier," but it did slash its 2020 revenue outlook earlier this month.

The coronavirus has infected more than 31,000 people and caused 722 deaths, mainly in China.

Update: Chinese officials have denied preventing Foxconn's plans to reopen. In a statement seen by Reuters, health authorities in Shenzhen's Longhua district where Foxconn's largest factory is located said that the report was untrue and that it was still conducting checks.

Production at Foxconn facilities will restart when inspections have been completed, and Foxconn has submitted coronavirus prevention proposals that include temperature checks, requiring employees to wearing masks, and implementing a safe dining system.

Apple needs to move its production facilities back to the USA.

yes and I bet you’d be willing to pay $3k for an iPhone?? That’s assuming they could even find the type of skilled labor willing to do assembly line work(and keep doing it after Apple tried training the workforce).
Score: 16 Votes (Like | Disagree)

yes and I bet you’d be willing to pay $3k for an iPhone?? That’s assuming they could even find the type of skilled labor willing to do assembly line work.

If the iPhone were to be made in the US it would be designed differently so as to not need human labor. It would likely turn out to be heavier and thicker but the parts would be designed to "self align" and "click" in place and not depend on any tiny screws. The cost could be about the same.

When you design a part of any kind you think about how it will be made. You design very differently if that art is made by hand or if it is CNC's metal or it it is going to be 3D printed. You don't design things in a vacuum

But moving production to the US would not create any jobs. These robot factories tend to not have many humans inside. Look at the photo below of a robot factory and you can count the number of humans on your thumbs (don't need to use fingers) This is the way to move production to US. (Funy is that this car factory is in China)

RUQRU
Apple needs to move its production facilities back to the USA.
Score: 14 Votes (Like | Disagree)

MacInDawg
I have the right to delete.
Score: 7 Votes (Like | Disagree)

TSLA is not even close to the scale at which AAPL operates. Also, manufacturing 150+ million iPhones/year (without leaking info) is near impossible task, still Tim is able to pull out successfully. Tim Apple is next to none in terms of managing global supply chain. Please read more about AAPL supply chain.
Score: 5 Votes (Like | Disagree)
Read All Comments