Apple recently snatched a top engineer from Netflix as Apple works to build out a technical team to support Apple TV+ and the company's other services, reports The Wall Street Journal. 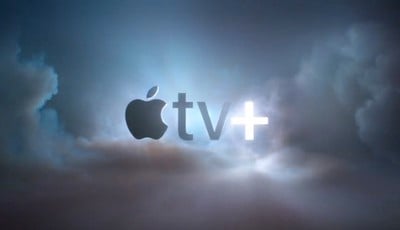 Meshenberg has joined Apple's internet-services organization just this week, with his LinkedIn profile listing him as an Engineering Leader.

According to The Wall Street Journal, Meshenberg is joining Apple at a time when Apple is shifting its approach to cloud services, relying more often on third-party providers to save money.

Michael Abbott, a former Twitter engineer, has been responsible for Apple's internet-services operations and he has been adding engineers to Apple's technical team. Apple has not run into any particular major issues with ‌Apple TV+‌ or its other new services, but hires like Meshenberg will ensure that things continue to run smoothly as Apple scales up with new customers and new content offerings.

Good! I hope he can improve the interface; it's god awful horrible.

Because that totally falls in the field of infrastructure engineering.
Score: 8 Votes (Like | Disagree)

Justanotherfanboy
Not sure how people are still confusing “AppleTV”, the settop box w/ “AppleTV+”, the streaming service.

These comments make my head hurt... I assure you, nobody is unplugging their streaming service, because it went to sleep- that’s not possible. The topic here is the streaming service... which is NOT a piece of hardware that can be unplugged.
Score: 4 Votes (Like | Disagree)

thevofl
Good! I hope he can improve the interface; it's god awful horrible.
Score: 2 Votes (Like | Disagree)

Maybe they'll be able to fix the issue with the box going to sleep and not working until you pull the plug, wait, then plug it in again... not impressive.

I was having this problem, then I realized they changed it so only the Menu and Home buttons can wake an Apple TV. It used to work with any of the buttons. Not sure why they changed it, but I got used to it.
Score: 2 Votes (Like | Disagree)

flaubert
I heard a fascinating discussion on the BSD Now (bsdnow.tv) podcast about how Netflix partnered with Internet providers like Comcast to cache highly popular shows at locations throughout the country, so that when you fire up a show like "Breaking Bad" it's actually streaming from a local Comcast hub, not Netflix itself. I wonder if that is what this new hire would be bringing to Apple?
Score: 1 Votes (Like | Disagree)

guzhogi
Would be interesting to have something interactive like Black Mirror's Bandersnatch
Score: 1 Votes (Like | Disagree)
Read All Comments