The Wall Street Journal today published a profile of Tony Blevins, Apple's vice president of procurement, providing an inside look at Apple's corporate culture and what Blevins does for the company.

As Apple's vice president of procurement, Blevins' job is to get suppliers to cut their prices, and he will apparently stop at little to score a favorable deal for Apple, which has earned him the nickname "the Blevinator." 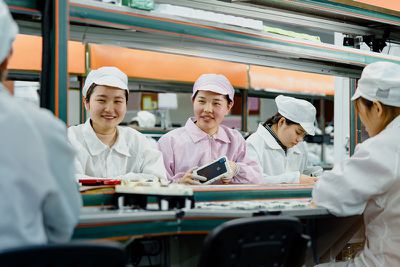 Blevins was, for example, the key driver behind encouraging Apple suppliers to deprive Qualcomm of royalty payments during Apple's ongoing dispute with the chipmaker. He negotiates with suppliers, enforces manufacturing details, and manages semiconductor suppliers.

His negotiating skills are so important to Apple that Cook tapped him to manage negotiations for Apple's spaceship-shaped Apple Park campus. When getting bids for the curved glass used for the structure, he invited glass makers to Hong Kong, put them in separate conference rooms, and went from room to room to get the lowest price, ultimately saving Apple hundreds of millions of dollars.

Blevins does not hesitate to drop suppliers, and in one example, after STMicroelectronics refused to lower the price of gyroscope sensors in 2013 despite Blevins' threats to find a different supplier, STM lost Apple's business.

Blevins is also the go to for making sure that suppliers adhere to Apple's nondisclosure agreements, which can carry fines. In 2017, Japan Display disclosed that it had received orders for liquid crystal displays, and The Wall Street Journal subsequently confirmed that Apple was one of the smartphone makers that had expressed interest in LCDs, leading to trouble for Japan Display.

Mr. Blevins called a top Japan Display executive and accused him of violating Apple's nondisclosure agreement. "Are you stupid?" he said, according to a person familiar with the call.

When asked for comment, Blevins opted not to speak to The ‌Wall Street Journal‌, saying "I'm a loyal company guy." The full profile on Blevins, which goes into much more detail, can be read over at The Wall Street Journal.

jpn
it takes a jerk to be exceptionally good at that kind of job.
he seems to be very good at his job.
Score: 25 Votes (Like | Disagree)

Brandhouse
Except that if you're always trying to get suppliers to undercut their prices, then that's slippery path to bad working conditions for the employer of the company you've just screwed.
Score: 19 Votes (Like | Disagree)

sahnjuro
Yeah and Apple has another guy who's job is to squeeze out every possible penny from loyal Apple customers
Score: 18 Votes (Like | Disagree)

Except that if you're always trying to get suppliers to undercut their prices, then that's slippery path to bad working conditions for the employer of the company you've just screwed.

This, from the same person decrying the price of the Mac Pro. Which way do you want it?
Score: 18 Votes (Like | Disagree)

Not a lot of business majors or people who have ever run a business in here.

So if some supplier overcharged Apple that would be good? Are only big companies bad when they negotiate prices?

Did anyone say that Apple being overcharged was good? Was overcharging mentioned in the article? There is a big difference between overcharging and having to cut employee benefits in order to give Apple a better deal; neither one is good FYI.
Score: 13 Votes (Like | Disagree)

now i see it
why do I get the feeling I wouldn't want to sell him anything on Craigslist
Score: 10 Votes (Like | Disagree)
Read All Comments