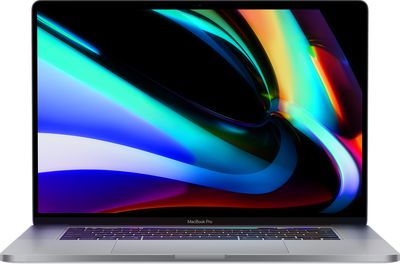 Head to our full Deals Roundup to shop for even more discounts on Apple products and related accessories.

This is so true. I'm still using a 2015 15" Macbook Pro. It still does near everything I need perfectly. It's hard to justify dropping $2K on a new computer for what are, basically, incremental improvements.

Note that I'm also not a power user on my laptop; I don't edit video, etc... That may be why I can keep an old machine this long.

I replaced my 2013 because of a bad headphone jack that is impossible to repair...which disables internal speakers.

So to me, the 16” has speakers that actually work!

Only obvious difference to me, besides annoying touchbar, is that AutoCAD doesn't crash when machine is in sleep mode. They say it is 2x faster, but that doesn't show up in my use.

Experience is basically the same, which is why I bought another one! It does feel like a waste, but now atleast I have a solid backup machine if the need arises.
Score: 1 Votes (Like | Disagree)

LuciusWrong
Oh, so $50 less than previous sales? I got $250 off on mine! I'm starting to think this really is the new "normal" pricing!

I'm not quite sure what they did to make the new machine so much cheaper than the old one? This has more storage, way better graphics, better keyboard etc.

Display is no big deal, but gives the machine a new name...which now appears was the point all along?

There must be a glut why there so many deals on such a new machine. The reality is the vast majority of users are keeping their devices longer.

Maybe the old version really was overpriced? I don't normally say stuff like that.....alternatively, making the machine slightly bigger might be making it easier and cheaper to manufacture?

We know that sales were slow for a long time due to keyboards, so I expect they are selling a lot of these!

But if they saved a couple more dollars and eliminated the touch bar too, they wouldn't be able to keep them in stock.
Score: 1 Votes (Like | Disagree)

JayMysterio
WTH?! I am trying to wait patiently for the new 13” MacBook Pros, and this is NOT helping!
Score: 1 Votes (Like | Disagree)

There must be a glut why there so many deals on such a new machine. The reality is the vast majority of users are keeping their devices longer.

This is so true. I'm still using a 2015 15" Macbook Pro. It still does near everything I need perfectly. It's hard to justify dropping $2K on a new computer for what are, basically, incremental improvements.

Note that I'm also not a power user on my laptop; I don't edit video, etc... That may be why I can keep an old machine this long.
Score: 1 Votes (Like | Disagree)
Read All Comments