Software developer and composer Stephen Coyle published a new article on his blog recently, intent on measuring the Bluetooth latency of Apple's new AirPods Pro and comparing their performance to previous-generation AirPods. As Coyle pointed out, Bluetooth audio latency in wireless earphones can cheapen the user experience of these devices, and can particularly cause major issues for certain accessibility features reliant upon audio accuracy. 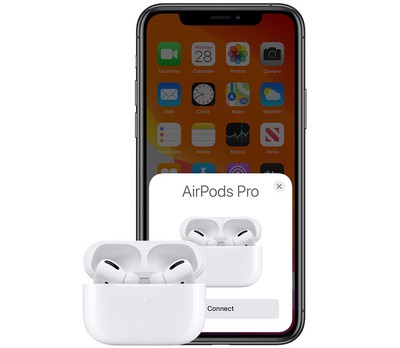 Coyle measured latency by testing how much time passes between a user triggering a sound and when they hear it in the earphones. The developer pointed out that these user-initiated sounds "are the most commonly encountered example" of Bluetooth audio latency, because they are unpredictable and therefore difficult for most platforms to respond to with finesse. These include keyboard clicks, accessibility features like VoiceOver, and sound effects in games.

Image via Stephen Coyle
Using the default iOS keyboard and his own game Tapt as means of measuring this latency, Coyle discovered that the ‌AirPods Pro‌ have the lowest average audio latency (measured in milliseconds) among the entire ‌AirPods‌ line. ‌AirPods‌ 1 measured in at 274ms between the time the sound was triggered and the time the sound was heard, then ‌AirPods‌ 2 was at 178ms, and ‌AirPods Pro‌ clocked in at 144ms. Coyle called this "tantalizingly close to seamless."


If it's possible for the trend line to continue in the same direction, the next generation or two of AirPods will be very exciting. Not being a VoiceOver user, I'm unsure how much AirPods Pro improve its user experience in real terms, but I think this general trend can only be for the good. Similarly, for mobile gaming and general user experience, this trend means that what is, in my opinion, the primary downside of Bluetooth earphones may be gradually disappearing.

Coyle's test also included the Beats Studio3 Wireless Headphones and Sony WH-CH700N, which measured in around 250ms and 225ms, respectively. The developer included these two devices for context and explained that they represent the general state of Bluetooth headphones as it stands right now, with devices like the third-generation Amazon Echo and a JBL Bluetooth speaker also measuring in at about the same level as the Beats and Sony devices.

ihonda
The range is insane on them as well.. I can walk almost 200’ away from my phone at work and they still work...
Score: 10 Votes (Like | Disagree)

FlyingDutch
As usual... Apple delivers a product that is even better than advertised. But people keep complaining about pricing...
Score: 10 Votes (Like | Disagree)

I just can't get past the way they look. They look dorky.

I'm good with the originals.

Wait.... they look dorky, but the originals do not???
Lol- you genuinely lost me.
We must be talking about completely different products.
Score: 8 Votes (Like | Disagree)

Serpenthawk
Now if they’d quit breaking them with their firmware updates....
Score: 7 Votes (Like | Disagree)

As usual... Apple delivers a product that is even better than advertised. But people keep complaining about pricing...

AirPods Pro are cheaper and better than pretty much all serious competitors.
Score: 7 Votes (Like | Disagree)
Read All Comments