Monday December 16, 2019 5:33 am PST by Joe Rossignol
TIME has published a list of what it believes are the 10 most important gadgets introduced in the last decade, and three Apple products have made the cut, including the iPad, Apple Watch, and AirPods. 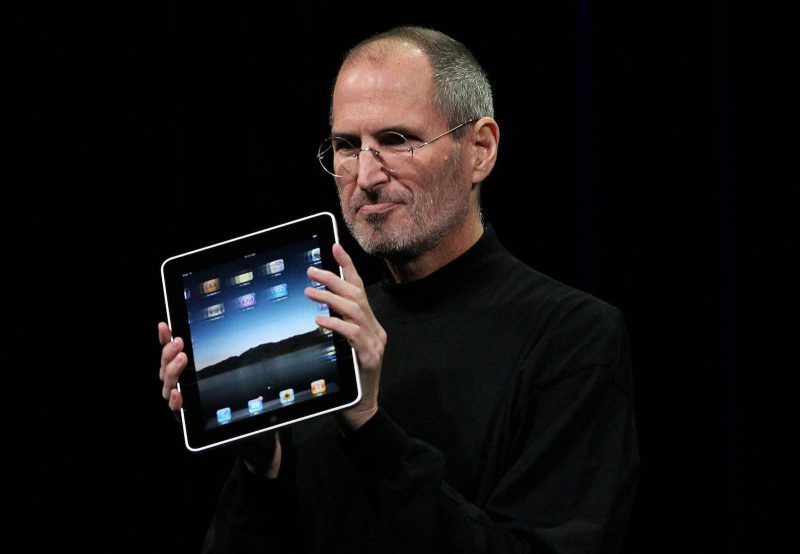 The original iPad was unveiled by the late Steve Jobs in 2010, while the Apple Watch and AirPods were released in 2015 and 2016, respectively.

"Before the iPad's introduction in 2010, the idea of a 'tablet computer' was mostly relegated to slick science fiction movies and unwieldy laptop-adjacent monstrosities running terrible software," writes TIME's Patrick Lucas Austin. "Apple's iPad — like the iPhone before it — resulted in a cultural shift for personal computing, and set the tone for the next decade of portable devices."

Austin adds that the Apple Watch "set the standard for what a smartwatch could do," while he believes AirPods are "the gold standard of truly wireless audio," especially after the launch of AirPods Pro.

jcswim312
I use my Apple Watch and AirPods Pro everyday

Sykora171
Agreed. So curious as to what devices will come in the next decade.
Rating: 12 Votes

I returned my Watch 5 (cellular) and the Air Pods because I was stuck between AT&T and Apple store employees for nearly 4 hours getting the watch to work.
In. The. Apple. Store. 4 hours. Apple blamed ATT, ATT blamed Apple. Both lost my business. I returned the Air pods as a further insult to poor customer service on Apple's part.


You really showed them!
Rating: 11 Votes

HUGE Apple fanboy here, but there is nothing so special about AirPods that they belong on this list. As someone who has bought and used wireless earbuds for YEARS before Apple got around to them, I can honestly say that Apple did not produce the first nor the best wireless earbuds available.

You did not use truly wireless earbuds for "YEARS" before the AirPods. The first wireless earbuds came along in April 2015, AirPods launched in December 2016. The Bragi Dash is the only competition the original AirPods had...and none of the competition even with wires pair so easily or had battery life on par.
[automerge]1576510943[/automerge]

Yes, what's it like ridiculing industry changing devices with childish insults only to be proven wrong on an astronomical scale?
Rating: 8 Votes

Sorry for turning more than a year into years, but yep..... my Bragi Dash and then Bragi The Headphones had no trouble pairing with my iPhones, did everything and more that the first AirPods did, and were WAY better than Apple‘s first attempt as they sealed your ear canal rather just hang in your ear. Even if Apple had released the Pros at the time they released the originals, Bragi should have gotten the nod.

"Trouble" pairing is not the same thing. And no, they didn't do what the first AirPods did in that regard, and they cost twice as much. They had worse battery life too. How is that "everything and more"? You don't give these types of awards to the first to do them, you give them to the one that made it a household item.
Rating: 8 Votes

Didn't get released in Norway (at first), so I went to London to get it.

Still in (almost) daily use in the kindergarten where my partner works, being handled by 4 and 5 year olds. :)
Rating: 7 Votes

DoctorTech
I often disagree with Time's "Best of Year / Best of Decade" lists but I would have to agree with those items being on the list. Each of them are best in their respective categories and in the case of iPad and Apple Watch, they have really defined the category.
Rating: 7 Votes

That's quite funny, there are few wireless earbuds that can answer a phone call before the Airpods even exist.

I'm at a loss understanding what you find amusing.
Rating: 6 Votes

Yeah, I don’t see this opinion garnering too much snark here...


Yeah, some can't seem to realize that the audio quality of the AirPods is good enough for a lot of people and the convenience of them makes them a go-to pair of headphones. Not everyone has a bunch of lossless audio files that they need to listen to, and if they do presumably they'd have a higher end listening device anyway.
Rating: 6 Votes

djcerla
Few see the true potential of AirPods today. It's a generation-defining product in the same league as the iPhone. In five years we will be marveling at how humble was the start.
Rating: 6 Votes