Apple's marketing chief Phil Schiller has spoken with CNET's Roger Cheng about the new 16-inch MacBook Pro, reflecting on the new Magic Keyboard, the Touch Bar, and many other aspects of the notebook. 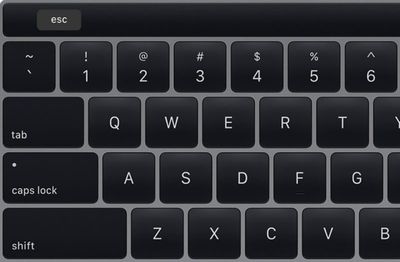 When asked about the redesigned scissor keyboard on the 16-inch MacBook Pro, Schiller acknowledged that the butterfly keyboards on recent MacBook Pro models have received a "mixed reaction" due in part to "some quality issues" that could result in sticky, repeating, or nonfunctional keys.

Schiller says Apple carefully considered customer feedback and found that many professional users wanted the MacBook Pro to have a similar keyboard as the standalone Magic Keyboard for the iMac:

As you know, a number of years ago we started a new keyboard technology with this butterfly keyboard and began it with MacBook. It had some things it did really well, like creating a much more stable key platform. It felt more firm and flat under your finger -- some people really like that, but other people weren't really happy with that. We got sort of a mixed reaction. We had some quality issues we had to work on. Over the years we've been refining that keyboard design, and we're now on the third generation, and a lot of people are much happier with that as we've advanced and advanced it.

As we started to investigate specifically what pro users most wanted, a lot of times they would say, "I want something like this Magic Keyboard, I love that keyboard."

Another common request among professionals was to bring back a physical Esc key. Schiller said it was the "number one" complaint about the Touch Bar. To its credit, Apple listened and made the change:

There is a fairly large number of customers who use the Touch Bar and see great benefit in some of its features, but there were also some complaints. If I were to rank the complaints, No. 1 was customers who like a physical Escape key. It was just a hard adaptation for a lot of people.

We decided that rather than just remove the Touch Bar and lose the benefits some people get, we could instead add the Escape key. While we were doing that, we had already in the MacBook Air created a discrete Touch ID button. People really like that. So the decision was made to keep the Touch Bar, but also to create room on either side for the Escape key and Touch ID key. That is the best solution for the largest number of people we've dealt with who had complaints -- and kept something innovative that people were using with Touch Bar.

When asked if Apple ever plans to merge the Mac and iPad, Schiller insisted the devices will remain separate:

Schiller also downplayed the possibility of a touchscreen Mac, as Apple always has.

At the very end of the interview, Schiller takes a shot at Google's Chromebooks in the classroom, describing them as "cheap testing tools" that do not allow kids to succeed. Naturally, Schiller said Apple thinks the iPad is the "ultimate tool" for a child to learn on and be the most engaged.

Chromebooks have gotten to the classroom because, frankly, they're cheap testing tools for required testing. If all you want to do is test kids, well, maybe a cheap notebook will do that. But they're not going to succeed.

The full interview contains several more questions and answers and is a worthwhile read.

Update: Schiller also sat down with YouTube tech reviewer Jonathan Morrison to discuss the 16-inch MacBook Pro. Notably, Schiller said that Apple is unlikely to bring an SD card slot back to the MacBook Pro. He also said the technology does not exist yet to bring all of the Pro Display XDR features to a MacBook-sized screen.

fmcshan
Many of us would also like to see MagSafe rise from the dead as well?
Score: 79 Votes (Like | Disagree)

Smearbrick
The Touch Bar was a solution to a problem no one had, or needed. I would love to see the actual numbers on people who actually consider it useful.
Score: 68 Votes (Like | Disagree)

falkon-engine
I can imagine that several people's number one complaint about the Mac Pro will be its price. I wonder if Apple will listen and address the desktop market in the $2k to $4k range.

And another thing: Apple seriously needs to bring modularity back in some form, even if they don't offer it on all models. If I spend over $2k on a notebook, why on earth can I not upgrade it (SSD/RAM) when the time comes? Boggles my mind.
Score: 43 Votes (Like | Disagree)

WannaGoMac
What Touch Bar? Is that that thing at the top I never use because I don’t look down on my keyboard when I’m typing?
Score: 37 Votes (Like | Disagree)