Disney+ is coming to Germany, France, Italy, Spain, and the United Kingdom on March 31, about four months after it launches in the U.S. on November 12. 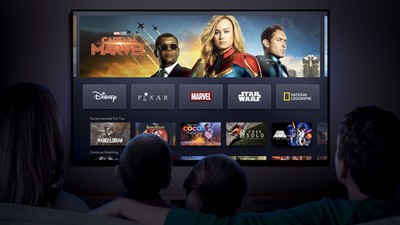 Disney CEO Bob Iger announced the launch date for the European markets yesterday during an earnings call, the same day it was revealed that the streaming service would be available on Amazon Fire TV streaming devices.

Disney+ will also be on LG and Samsung smart TVs, Roku's streaming devices, Apple TV, iOS, Android, Xbox One, and PS4 at launch.

Disney+ is already available in the Netherlands, where it launched as a free pilot trial back in September. Iger said on Thursday that Disney+ is coming to more countries and additional launch dates will be announced soon.

Iger didn't mention how much European customers would have to pay to access its 500 feature films and over 7,500 shows, including the entire Pixar library and a raft of original content.

WHY DISNEY?! YOU OWN THE F*****G RIGHTS OF EVERYTHING!

See, this is why people continue to download movies and shows illegally, because the legal alternatives are just half baked.

Smartass
And of course, just as is with NetFlix, it will probably have 50% less content than the US version. Black pirate flags shall rise again!
Score: 8 Votes (Like | Disagree)

Compile 'em all
Unless you are a teenager, there is no point in subscribing to this service. Just a bunch of chest-bumping superhero overproduced garbage shows and films. I will stay with Netflix, thank you very much.
Score: 7 Votes (Like | Disagree)

rmoliv
Some companies seem to think that those (UK, Germany, France, Italy, Spain) are the only countries in Europe. They always get things first. Shame.
Score: 6 Votes (Like | Disagree)

One day it won't vary by territory - at least I hope so.
Score: 6 Votes (Like | Disagree)
Read All Comments