Update: Sony has informed MacRumors that the Apple TV app is not rolling out to Apple TVs at this time and that the supposed image picturing the TV app on a Sony TV is not of a Sony television set. Our original article is below.


Apple has been expanding its ‌Apple TV‌ app to other platforms like the Samsung Smart TVs, Amazon Fire TV devices, and the Roku, and as of today, the ‌Apple TV‌ app is also rolling out to recent Sony TV sets.

As noted by 9to5Mac, owners of some 2019 Sony TV sets can install a firmware upgrade that introduces the ‌Apple TV‌ app. 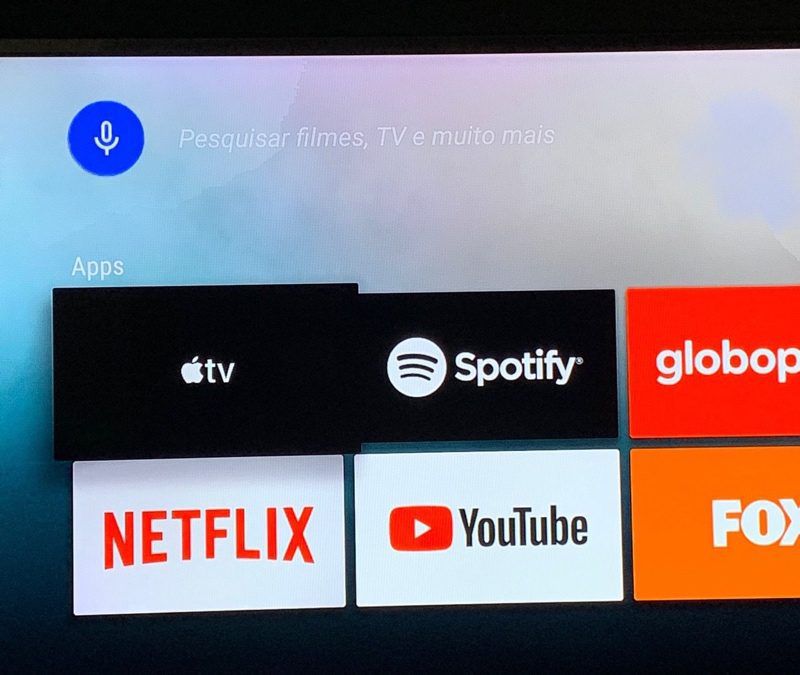 The firmware update is being gradually released to Sony TV users, and is probably going to roll out to most prior to the November 1 launch of the ‌Apple TV‌+ streaming service. The ‌Apple TV‌ app appears to be rolling out worldwide, as a user in Brazil received the update.

coolfactor
Why is the TV logo so small?
Score: 3 Votes (Like | Disagree)

Why is the TV logo so small?

I still don't get why not the A8G as well?

I don’t get why you’d wanna use the tv for it. An Apple TV or whatever is much better.
Score: 2 Votes (Like | Disagree)

Nuno Lopes
Still waiting for it to be available in my brand new LG OLEDC9 (considered the best OLED in the market today). It's nice that I have Air Play 2, but with Apple TV+ access to my rentals and movies bought would be far more complete.

I don’t get why you’d wanna use the tv for it. An Apple TV or whatever is much better.

That is what I thought. But when I saw that motion is much smoother in the Netflix app on my LG OLEDC9 than what ir comes from Netflix on Apple TV connected to it with Premium 2.1 cables ... Maybe its not.
Score: 2 Votes (Like | Disagree)

Anonymous Freak
Please, Apple, just make a standard webOS app for LG TVs on LG's TV app store. Don't mandate that the TV makers do the work - because LG sucks and is only adding AirPlay 2 to the latest TVs, while last year's TVs are perfectly capable.

If iTunes/AppleTV/whatevertheycalltheapp is made available as a native LG TV app, I can ditch my AppleTV box, and have just the smart TV for media consumption.
Score: 2 Votes (Like | Disagree)
Read All Comments

Thursday April 2, 2020 4:06 pm PDT by Juli Clover
Apple's new low-cost iPhone is set to launch as early as Friday, April 3, according to a new report from 9to5Mac that cites a tip from a "highly trusted reader." The site says that while it can't be certain about the launch date, "Apple could reveal and begin taking orders for the new iPhone as soon as tomorrow." The iPhone 8 Apple is said to be planning to call the new iPhone, which is...
Read Full Article • 324 comments

Thursday April 2, 2020 7:53 am PDT by Joe Rossignol
Intel today announced the launch of its latest 10th-generation Core processors for high-end notebooks, potentially including the next 16-inch MacBook Pro. The batch of 45W chips, part of the Comet Lake family, are built on Intel's 14nm++ architecture. The new H-series chips have the same base clock speeds as the 9th-generation chips in the current 16-inch MacBook Pro, but Turbo Boost speeds...
Read Full Article • 220 comments

Friday April 3, 2020 11:14 am PDT by Juli Clover
Apple is offering employees significant discounts on products that include the HomePod and Beats headphones, according to details on the deals shared by MacGeneration and 9to5Mac. Apple is said to be clearing stock of Beats headphones and HomePods, providing them to employees through an internal deals program. The HomePod is available at a 50 percent discount, dropping the price to $149.50,...
Read Full Article • 90 comments

Thursday April 2, 2020 11:42 am PDT by Eric Slivka
The popular video conferencing company Zoom has been under scrutiny over the past few days for the method used to install the Mac version of its app, which essentially abused a "preflight" compatibility check to install the app without the user needing to explicitly grant installation permission, as highlighted by developer Felix Seele earlier this week. Screenshot of preflight compatibility ...
Read Full Article • 46 comments

Saturday April 4, 2020 6:00 am PDT by MacRumors Staff
With the calendar rolling over to April this week, we yet again saw several leaks and rumors, most notably including Apple itself leaking some references to a pair of long-rumored products: a new budget iPhone SE and AirTags item trackers. Subscribe to the MacRumors YouTube channel for more videos. Apple also acquired popular weather app Dark Sky, while Amazon's Prime Video app now allows...
Read Full Article • 26 comments