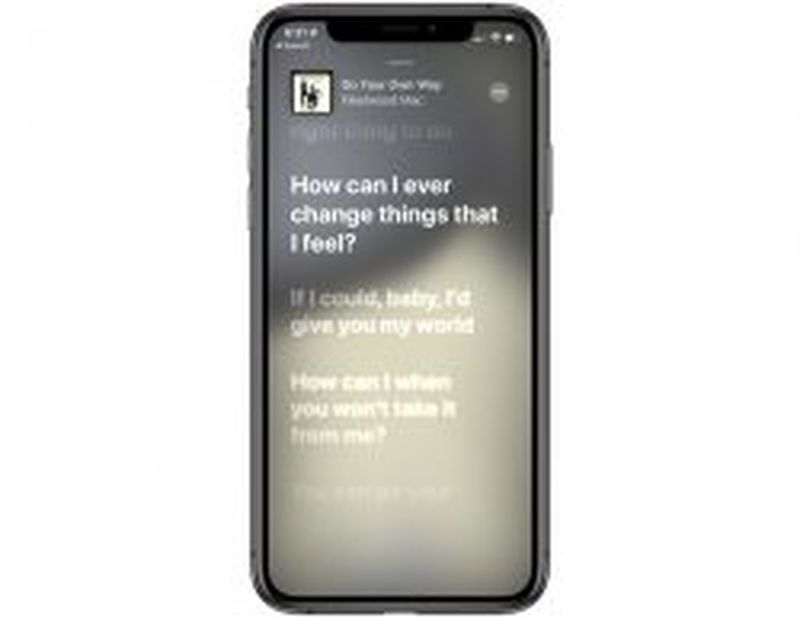 In an interview with WIRED, Apple Music head Oliver Schusser has revealed that Apple has a team of employees listening to songs and transcribing the lyrics to ensure they are accurate for iOS 13's new real-time lyrics feature:

In probably the most bizarre example of Apple spending to get the experience right, Schusser says that Apple has "a team of people listening to music and transcribing the lyrics" to ensure they're accurate enough for Apple Music's new time synced lyrics feature; "we don't get them from the usual sites."

With iOS 13's real-time lyrics feature, each verse appears in time with the music so you can follow along as you listen. To jump to a certain verse, just scroll and tap any line. The feature is not available for all songs.

The interview contains a few other notable tidbits from Beats 1 radio host Zane Lowe, including the possibility of the Apple Music Festival returning in the future and "some big new names" who will accompany Ebro Darden, Julie Adenuga, Matt Wilkinson, and himself as Beats 1 hosts in the future.

Dave-Z
Apple originally wanted the Siri voice-to-text recognition algorithms to transcribe the songs but abandoned that approach when it was discovered that most of the songs were about restaurants that were close to you.
Rating: 10 Votes

e1me5
Why they don't just get the lyrics from the writers?
Rating: 10 Votes

mashdots
I think that would be a job a whole lot of people would love to have.
Rating: 7 Votes

cloudyo
That explains why some are comically wrong
Rating: 6 Votes

johnyslats
"accurate enough" and "we don't get them from the usual sites" explains why I constantly see lots of errors. Really needs an in-built "report" button
Rating: 6 Votes

Evan Davis
I wonder how many Mondegreens will slip through

LordCoe13
I thought this was a feature that Shazam had before getting bought out. When Apple acquired the company they probably took that team with them... Don't think the team was formed by Apple.
Rating: 3 Votes

Some of them don’t have the best timing.


I found most to be spot on actually, I haven’t ran into songs that the words being shown went ahead of the song or behind.
Rating: 1 Votes

Tokenfreak
A lot of the songs I listen to don't even have lyrics still :(
Rating: 1 Votes
[ Read All Comments ]