Fourth and fifth-generation Apple TV owners who have upgraded to tvOS 13 now have access to a series of under the sea themed screen savers on the device, which are a new addition in the latest update.

The screen savers were created in partnership with the BBC Natural History unit, the team behind "Blue Planet," showing off the deep ocean around the world with under the sea creatures and scenes that include fish, coral, kelp, jellyfish, and more. 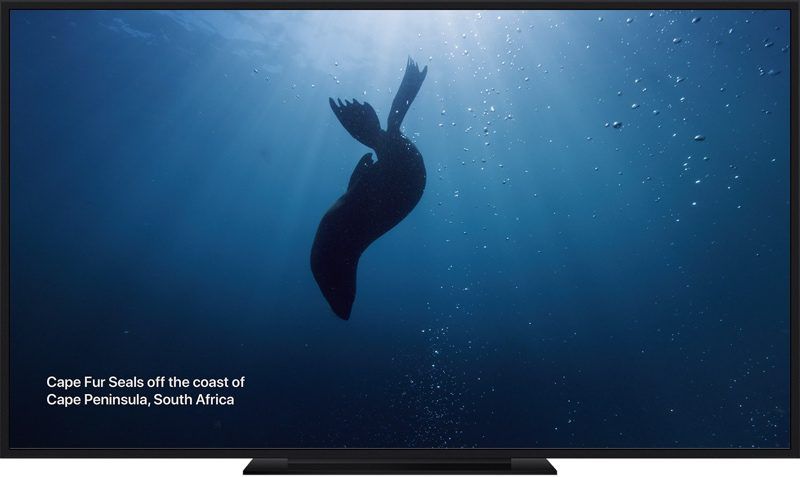 There is no way to download all of the screen savers at once, as the ‌Apple TV‌ only supports Daily, Weekly, or Monthly downloads. You can adjust how often screen savers download by opening up the Settings app on the ‌Apple TV‌, going to General, and selecting the "Screen Savers" option.

While there's no way to see all of the screen savers from Apple until they've been downloaded over a series of days, 9to5Mac's Benjamin Mayo maintains a website that showcases all of Apple's screen saver options. 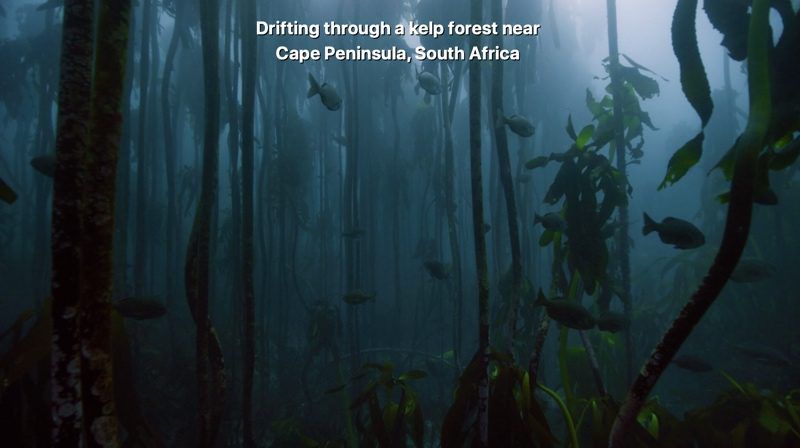 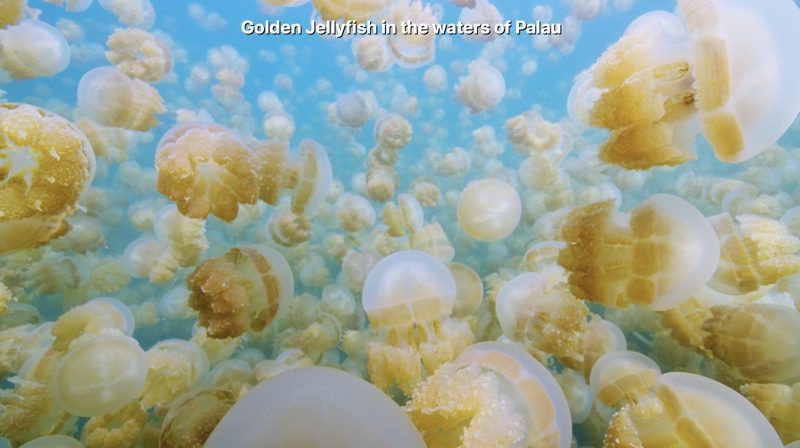 Screen savers are high resolution and are somewhere around 950MB in size. Apple has been offering its Aerial screen savers for years and has been adding to its collection with each tvOS update. Last year's tvOS 12 update brought screen savers created in collaboration with the International Space Station and NASA. 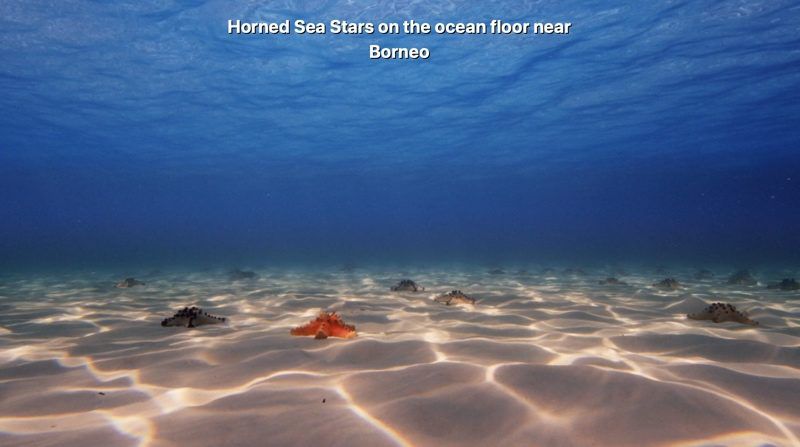 Screen savers come on after a set period of time of idleness on the ‌Apple TV‌, but pressing the Menu button while on the Home screen of the ‌Apple TV‌ will cause a screen saver to start playing automatically.

A tap on the remote provides information on where a screen saver was filmed, while a swipe left or right will change the screen saver that's displayed if multiples are downloaded. Apple's support document on screen savers has further instructions on how they work.

Wish Apple gave you the ability to just show these.


And to download the ones you want...when you want, instead of waiting for them to download.
Rating: 10 Votes

badatusernames
Wish Apple gave you the ability to just show these.
Rating: 9 Votes

Moonjumper
I wish it was possible to chose screensavers. There are some I really like, but disappeared, and some poor ones that appear all the time. It just needs allowing a user to select exclude or keep, perhaps with extra options such as prioritise download.
Rating: 5 Votes

TrenttonY
I wish we could pick the category.
Plus we need some Great White Shark footage!

I think the next category for tvOS 14 should be amusement parks. Now that would be cool.
Maybe tvOS 15 can have firework shows.
Rating: 4 Votes

Yeah you fell for fake news. The Great Pacific Garbage Patch is around 5 mg/square meter of plastic, and about 90 micrograms per cubic meter. They filter millions of gallons of water, and then they have to use microscopes to identify the plastic from all the other stuff that naturally occurs in the ocean like wood, sand and dead organic matter.

Any pictures that you see of bags floating as a garbage patch is fake news.

Based on the news you watch, which, I know you will find hard to believe, may be somewhat unreliable. (Sorry, but I’m not an idiot who says something is “fake news” just because I don’t agree with it.)

I’ve seen the actual garbage, not just a photo, because I actually get out in the world, not just watch it on TV.

You see, the sea is like the land, in that population is not evenly distributed, even when it comes to garbage. Most of the sea is empty, if you consider the depth as well as the surface area. It’s sparsely populated when you consider only the depths where most life thrives. But life tends to congregate where it’s best suited, as does trash. So, yes, if you take the total amount of trash people see (which is only the trash on the surface, not the stuff piled up at some pretty great depths) and divide it over the total surface area, it doesn’t seem like much. But when you consider that it congregates along currents & collects along eddies, it gets pretty crowded.

The Earth is sparsely populated. But go to Manila or Mumbai and try to believe that.

Besides, in the end, garbage is garbage and who wants that stuff around? No one. That’s why it’s called garbage.
Rating: 2 Votes

I'm pretty sure that the person realizes aerial does not mean under water. The article says that Apple has been adding new screen savers to the Aerial selection, and will now be including these underwater scenes in it. The help link in the article for further screen saver info confirms that the Aerial selection includes "locations shot from all over the world, underwater, and even space". The screen shot they chose to use is underwater too.
[URL unfurl="true"]https://support.apple.com/en-us/HT208992[/URL]

MvdM
Do these images also show the plastic bags that are in the sea?
Rating: 2 Votes

I wish it was possible to chose screensavers. There are some I really like, but disappeared, and some poor ones that appear all the time. It just needs allowing a user to select exclude or keep, perhaps with extra options such as prioritise download.


Same. I'd love to pick and choose as well, feel like I see the same 10 or so on loop and would love to banish those dystopian Dubai shots forever.

Here's a great screensaver for Mac that lets you download and choose specific ones from Apple. Many of these I've rarely seen on my Apple TV for whatever reason.

I think the next category for iOS 14 should be amusement parks. Now that would be cool.
Maybe iOS 15 can be firework shows.


I’m not sure if this has a dash of sarcasm in it, but they both seem good.
Rating: 1 Votes

MadeTheSwitch
Mine never ever changes, even though it is set to do so. Getting sick of seeing the same one.
Rating: 1 Votes
[ Read All Comments ]