Apple Antara features a pavilion design with large 23-foot-tall sliding glass doors that create a 20-foot-wide entrance, complete with curved corner glass panels allowing natural light to flow into the store. Inside, there is also a Forum and 8K Video Wall for Today at Apple sessions, nestled among indoor trees. 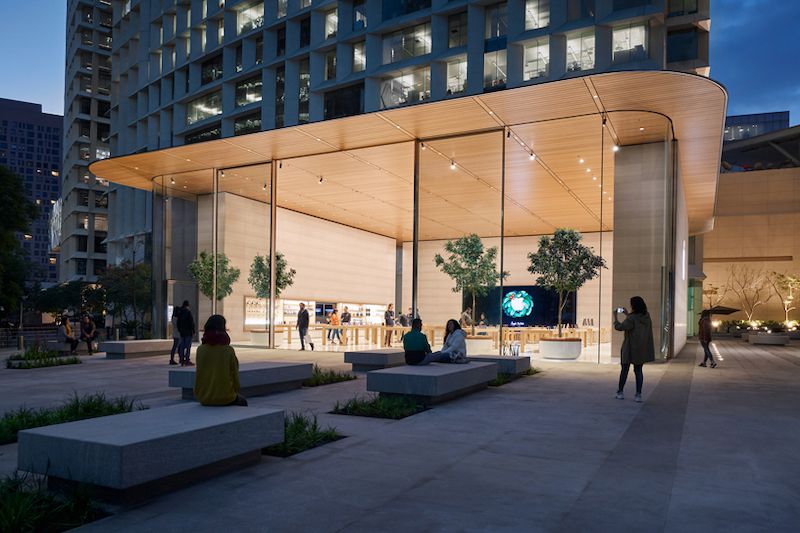 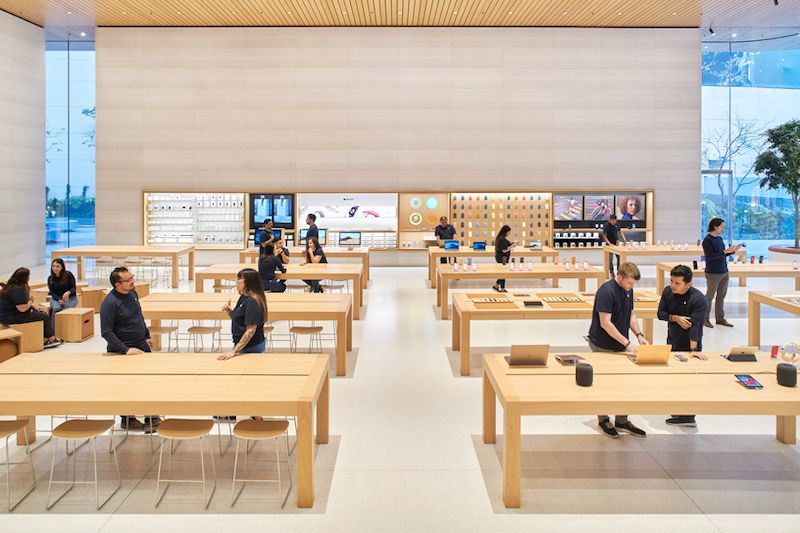 We are thrilled to open our stunning new store in central Mexico City and now welcome even more customers to Apple across this bustling city. Our amazing team can't wait to welcome everyone to Apple Antara for the first time on Friday.

His statement is still correct. Mexico City is the largest city in North America.
Rating: 8 Votes

And he/she is right. Mexico City IS the largest city in North America (the continent as you state,) being larger than New York and L.A.
Rating: 6 Votes

He is still correct. Mexico City is the largest by population City in North America.....and still without Apple Pay ;-) Is the previous GIANT wind farm suppose to cover the air conditioning cost? How does that work?


Mexico City is not as hot as many people think (21 celsius degrees average) and that Polanco area where the store's located is populated by large buildings and trees that project large shadows, thus many sidewalks and malls are actually pleasing to take a stroll on even on hot days. Besides, the local city government has subsidized water and electricity costs so executive offices and luxury flats proliferate the area to attract international investments. The zone is also home for celebrities, politicians, soccer players, and high-ranking executives. Privilege is the norm there.
Rating: 3 Votes

Mexico City is the largest city by population in all three Mexico, North America and the Western Hemipshere, it is also one of the largest by GDP in the world.
Rating: 3 Votes

justperry
Those 2 curved glass panes alone cost a fortune, bet you can buy a decent car for the money those cost. And that "Most-liked-posts" forum button back too!

Is the previous GIANT wind farm suppose to cover the air conditioning cost? How does that work?

At an altitude of over 7000 ft (2100 m) above sea level the weather in Mexico City doesn’t usually get too hot, so air conditioning is usually not needed. Temperatures very rarely rise above 85ºF there. And they also very rarely drop below 50ºF during the daytime, so no heat is needed either (though temps do go pretty low in the nights/early mornings in december or january, they start rising quickly as soon as the sun comes out).

I was in that area visiting two summers ago and the heat and humidity was unbearable, I can't imagine the store being exposed to that heat, I wonder if the sliding doors can be closed and alternate doors available?


You must have been at a beach resort or some other part of the country. Mexico City doesn’t have that kind of weather because it sits at an altitude of over 7000 ft (2100 m) above sea level and at least 200 mi away from any seashore. The weather there is rather dry, and throughout the year temperatures very rarely if at all rise above 86ºF at any time or drop below 50ºF during the daytime (though the nights in December and January can be decidedly chilly). During the summer even New York City, where you live, gets hotter than Mexico City.

Are you from Finland or Siberia? Because only someone from an extremely cold region will find Mexico City to be that way. I was born in Mexico City and have lived there for most of my life, and I have never experienced an unbearable hot and humid day in Mexico City. In fact, we have the nicest climate in the entire country. Believed me, I have been inTexas and New York during the summer and I know the definition of Hot and humid.

He is still correct. Mexico City is the largest by population City in North America.....and still without Apple Pay ;-)


At least in part, Mexico’s banks are at fault for that. They are the ones who refuse to pay Apple’s fees (and also Google’s, since Google Pay is also still unavailable in Mexico) and therefore won’t allow their customers to have apple pay. I’m sure the phobia about americans that has always existed in Mexico must be a factor, too, in the banks’ decision to keep american tech giants out of the country’s financial system. It’s surely not a coincidence that the only tech company whose mobile wallet is available in Mexico is also the only one that’s not american (Samsung is based in Korea).
[automerge]1569521859[/automerge]

And that "Most-liked-posts" forum button back too!


Mexico City is not like Houston. The altitude is over 4000 ft and The average temperature in Mexico City during summer is 75 Farenheit.


The altitude is actually just over 7000 ft, similar to the altitude of the rocky mountains.

In addition to losing heat or A/C, wouldn’t those large doors let a bunch of wind in blowing around? Not to mention potential bugs and birds. Doesn’t seem practical.


Mexico City isn’t windy, and temperatures outside usually range between 40ºF (5ºC) and 86ºF (30ºC), so A/C or heat are rarely necessary. I wouldn’t be surprised if the store actually didn’t have either one installed. Plus, the doors are most likely automated and only open when someone walks into the store.

Honestly, the point I would have made is that it’s not the largest. Most POPULACE, sure, according to this list, assuming it’s accurate and up-to-date. Most dense? Quite possibly, given the very large number of people and relatively small geographical size. Largest? That’s a function of AREA. Mexico City isn’t even close. Neither is New York or Los Angeles. Chicago, Houston and the sprawling DFW Metroplex all beat the hell out of ALL of those, and they dwarf Mexico city.

No, actually... given how Apple decides where to locate its stores, this conversation is more like a bunch of intestinal parasite larvae comparing the size of the dog turd they’ve been excreted with. The BIGGER it is, the more flies it will attract.

Apple stores are attracted to sizable population areas with money to burn, and a desire for Apple’s highly polished, if sometimes staggeringly overpriced leavings. I mean, offerings. My point is, bragging about it is pointless, and arguing over it is SENSELESS.

Also, Apple will deliver their stuff for free, generally... SO... who cares? Oughhhheeewwwwww you have an (gasp) APPLE STORE where you can go play with their products before you fork over too much money for them. WOoooowwwwww... so special you are. By the way, any town with a Best Buy has one of those too.

It sounds like you all are treating having Apple deign to give your berg a store as a STATUS symbol.


Mexico City is the most populated city, which is what matters in this case. Sure, Houston or Chicago may cover a much larger extension of land, but they’re not even close to Mexico City in terms of population. Houston, for example, has a population of about 3-4 million vs a population of over 25 million in the Mexico City metro area.
Rating: 2 Votes

smuzzy
This is a huge step up from the existing CDMX store. Good to finally have something befitting the largest city in North America.
Rating: 2 Votes

GadgetBen
Looks great with solid glass and no wall built around it.
Rating: 2 Votes