Apple's new iPhone 11 Pro and iPhone 11 Pro Max both come with 6GB of RAM – 2GB more than the previous generation iPhone XS series – while the ‌iPhone 11‌ features 4GB, up from 3GB in the ‌iPhone‌ XR, according to new details leaked today. 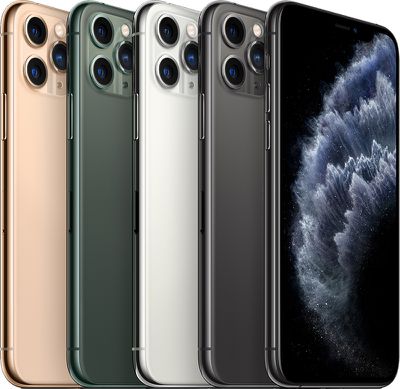 However, the above RAM specs contradict some recent Geekbench results. One that appeared last night (shared by MacRumors forum member EugW) is for an alleged ‌iPhone 11‌ Pro showing a device with 4GB of RAM – with an A13 processor benchmarking around 10-15 percent faster than the A12 processor in the ‌iPhone‌ XS series. The other, reported last week, is allegedly for a base ‌iPhone 11‌, also with 4GB.

Hemmerstoffer's specs are sourced from a Chinese certification platform, so they aren't officially confirmed. But then Geekbench scores can also be faked, so it's best to take these sources with a pinch of salt until something more definitive comes along.

If the ‌iPhone 11‌ series does indeed feature 4GB RAM across the board, then it could be that Apple's proprietary off-chip enhancements also bring greater working memory optimizations, but that's something we can't know for sure based on raw CPU scores.

I wonder if iOS will arbitrarily require 3Gb RAM?

Otherwise how else will Apple justify forcing me to downgrade from my 6s+ to one of the new phones without headphone jack and with worse screen while giving them a thousand dollars?

Nobody is forcing you to do anything. Stop being so dramatic.
If you want a new phone buy one if you don’t then don’t.
Comeback when Tim Apple has a gun to your head.
Score: 62 Votes (Like | Disagree)

Khedron
It's Apple. If in doubt, just assume the lower value.
Score: 48 Votes (Like | Disagree)

on a side note, I'm really digging that midnight green

It used to be called British racing green. Thanks, Brexit.
Score: 34 Votes (Like | Disagree)

needfx
on a side note, I'm really digging that midnight green
Score: 27 Votes (Like | Disagree)

Friday May 20, 2022 6:50 am PDT by Joe Rossignol
Earlier this week, The Information's Wayne Ma outlined struggles that Apple has faced during the development of its long-rumored AR/VR headset. Now, in a follow-up report, he has shared several additional details about the wearable device. Apple headset render created by Ian Zelbo based on The Information reporting For starters, one of the headset's marquee features is said to be lifelike...
Read Full Article • 139 comments

Wednesday May 18, 2022 9:00 am PDT by Joe Rossignol
Apple today shared a new ad highlighting iPhone privacy features like App Tracking Transparency and Mail Privacy Protection that are designed to give users more transparency and control when it comes to their personal data being collected. The ad revolves around a young woman named Ellie who discovers that her personal data is being sold at an auction house, with bids being placed on her...
Read Full Article • 116 comments

Saturday May 21, 2022 9:00 am PDT by Hartley Charlton
With around four months to go before Apple is expected to unveil the iPhone 14 lineup, the overwhelming majority of rumors related to the new devices so far have focused on the iPhone 14 Pro, rather than the standard iPhone 14 – leading to questions about how different the iPhone 14 will actually be from its predecessor, the iPhone 13. The iPhone 14 Pro and iPhone 14 Pro Max are expected...
Read Full Article • 215 comments