Apple Arcade to Launch September 19 for $4.99 Per Month With One-Month Free Trial

Apple today announced that its subscription-based Apple Arcade gaming service will launch September 19 in over 150 countries for $4.99 per month, with a one-month free trial available. This price will apply to individuals or a family of up to six members and will likely vary outside the United States. 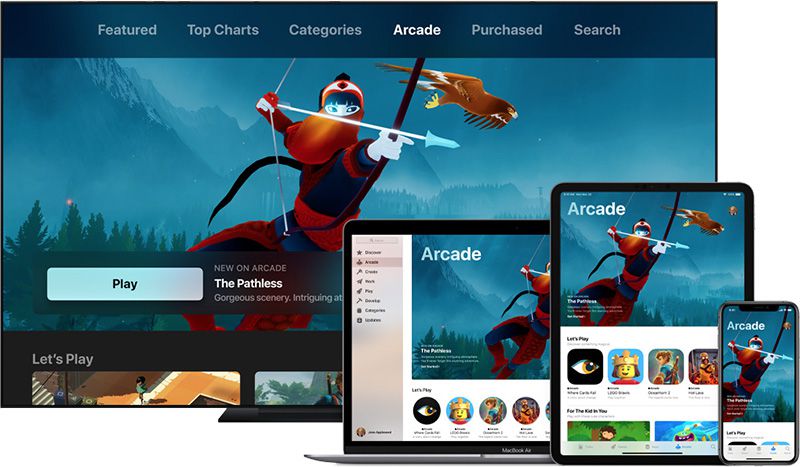 ‌Apple Arcade‌ will provide iPhone, iPad, Mac, and Apple TV users with access to a library of over 100 games, with no ads or additional in-app purchases. Read our Apple Arcade guide for more details and a preview of the games coming at launch.

MonstaMash
This looks like a great deal, especially for Apple TV users that want a bunch of games to play on demand.
Score: 3 Votes (Like | Disagree)

Coconut Bean
Just like the Apple TV+ the price is the main selling point.

Demos sucked as well, the frog was a pretty OK arcade, second one they didn't show too much of but by the looks of it it's just a 2D, adventure game, third one was just ****. Apps where the only interaction is swiping left and right can be barely called games.

Hopefully there will be some better games. For 2 months' subscription you get a game like Tropico 3 with endlessly more complexity and dozens of hours of game play before it gets boring.
Score: 1 Votes (Like | Disagree)
Read All Comments

Monday March 30, 2020 9:33 am PDT by Juli Clover
Apple today released ProRes RAW for Windows in a beta capacity (via Mark Gurman), with the software designed to allow ProRes RAW and ProRes RAW HQ video files to be watched in compatible applications on Windows machines. According to Apple, the software will let the files be played within several Adobe apps: Adobe After Effects (Beta) Adobe Media Encocder (Beta) Adobe Premiere...
Read Full Article • 35 comments