An official Twitch app for Apple TV is on the way. The live game-streaming service has offered iOS and Mac apps for some time, but a version for Apple's set-top box has been conspicuous by its absence (making third-party apps like Twitchy all the more popular). That's soon set to change though, with a beta Twitch app for tvOS now available on TestFlight. 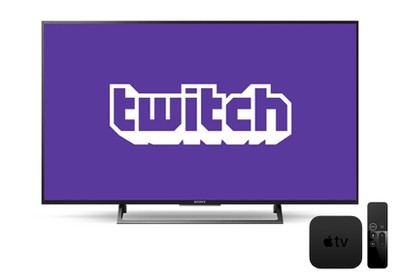 The Twitch app for ‌Apple TV‌ offers the same features found on the iOS and Mac apps, so users will be able to watch live streams, clips, and video on demand, as well as get involved in on-screen chat. Twitch also hosts a slew of additional broadcasts, including live Thursday Night NFL Games, so this news isn't necessarily just for videogame fans.

If you want to gain access to the beta, you'll need to install Apple's TestFlight app on an iOS device and an ‌Apple TV‌ logged in using the same Apple ID. On your iOS device, tap the public link, then tap Accept for the Twitch: Live Game Streaming beta. Next, launch TestFlight on ‌Apple TV‌, install the beta app there, and you should be good to go.

"We don't want to be too prescriptive so explore the app, watch streams, and try out different features," Twitch says on its site. "If you find a bug, the app crashes on you, or you encounter other issues send us your feedback."

There's no word on when Twitch will be ready for official release on the tvOS App Store, but presumably the more users that get involved in the beta, the sooner any bugs will be ironed out and it'll be ready for launch. Twitch is also available on Windows PCs, Amazon Fire TV, PlayStation 4, Xbox One, NVIDIA Shield, and Chromecast.

dannys1
To be fair Twitchy does a pretty excellent job, to the point I forget it's not the "official" app.
Score: 7 Votes (Like | Disagree)

thisisnotmyname
About time. I use Twitchy too (like [USER=126817]@dannys1[/USER] ) but they've really deserved a first party client for a long time.
Score: 1 Votes (Like | Disagree)

iSunrise
IMHO the official app is disappointing, the user interface alone is just a mess.

Twitchy is one of the best tvOS apps and working really well.
Score: 1 Votes (Like | Disagree)
Read All Comments