An exposed server with more than 419 million records from Facebook users has been discovered online, reports TechCrunch. 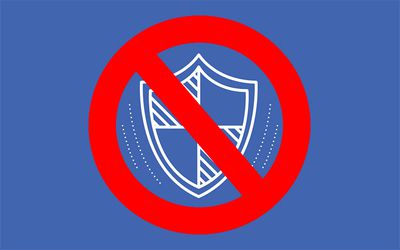 The records contained each person's unique Facebook ID along with the phone number listed on the account. Facebook IDs are unique numbers that can be associated with an account to discover a person's username.

"This dataset is old and appears to have information obtained before we made changes last year to remove people's ability to find others using their phone numbers," the spokesperson said. "The dataset has been taken down and we have seen no evidence that Facebook accounts were compromised."

TechCrunch was able to verify multiple records in the database by matching a known Facebook user's phone number against a listed Facebook ID. Other records were verified by matching phone numbers with Facebook's password reset feature, which can be used to partially reveal a phone number linked to an account. Records primarily had phone numbers, but in some cases, also had usernames, genders, and country location.

Image via TechCrunch
Phone number security has become increasingly important over the course of the last few years due to SIM-hacking, which involves calling a phone carrier and asking for a SIM transfer for a specific number, thereby giving access to anything linked to that phone number, such as two-factor verification, password reset info, and more.

SIM-hacking requires little more than a phone number and social engineering skills, and it has been devastating for people who have been impacted. Leaked phone numbers also expose Facebook users to spam calls, which have also become more and more prevalent over the last several years.

The database was originally found by security researcher Sanyam Jain, who said that he was able to locate phone numbers associated with several celebrities. It's not clear who owned the database nor where it originated from, but it was taken offline after TechCrunch contacted the web host. There is no word on why the data was scraped from Facebook or what it was used for.

macduke
Shut down Facebook already! They are ruining our society. We're not even surprised about these leaks any more. We expect them to be terrible, and yet they have so much money and influence that they can't be stopped.
Score: 40 Votes (Like | Disagree)

GadgetBen
I hope this gets global coverage and a movement is started to close down FaceBook accounts.

Khedron
Fine of $10,000 per leaked number seems reasonable to me
Score: 26 Votes (Like | Disagree)

hortod1
And to think these clowns actually want to start a bank and be in charge of people’s money.
Score: 25 Votes (Like | Disagree)

yesjam
Facebook's wanton disregard for its users' privacy is appalling. I deleted my Facebook and Instagram accounts last year and am much happier and feel much more secure for it.
Score: 17 Votes (Like | Disagree)
Read All Comments