Apple is not moving forward with "Bastards," a show based on an Israeli mini-series that was set to star Richard Gere, reports Variety.

Apple acquired the rights to the series, described as a violent and mature drama, last year. Apple outbid Showtime, FX, and Amazon for the show, and gave it a straight to series order. 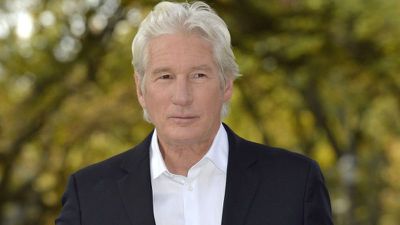 Image Credit: Rex Features
The Israeli version of the show (called "Nevelot," which is "Bastards" in Hebrew) focused on two military veterans who go on a killing spree targeting young people who "don't understand the sacrifices of their generation."

Richard Gere was going to star in the series and he had also signed on to executive produce. The plan was to reformat the show for an American audience, turning the two veterans into Vietnam vets among other changes, but the premise may have been too violent for Apple. It was set to feature two elderly Vietnam vets who find their lives upended when a woman they loved fifty years ago is killed by a car, leading them on a spree of violence.

According to Variety, development on the show was ended due to creative differences between Apple and the producers. Apple released the project and ended up paying a "large financial penalty." This is the second show Apple has shelved that we know of. Apple also halted development on "Vital Signs," a TV series based on the life of Dr. Dre, reportedly due to scenes of gun violence and drug use.

There have been mixed rumors suggesting Apple is avoiding content that is "edgy" and adult-oriented in nature for Apple TV+, but there are a wide variety of shows in the works, some of which do appear to have adult content. Apple iTunes chief Eddy Cue recently said that Apple execs are not involved in the development of ‌Apple TV+‌ shows and do not have editorial input.

"I saw the comments that myself and Tim were writing notes on the scripts and whatever," said Cue. "There's never been one note passed from us on scripts, that I can assure you. We leave the folks [alone] who know they're doing."

Apple has dozens of TV shows and movies in development for Apple TV+, and the service is set to launch this fall. Initial offerings will include "For All Mankind," "Dickinson," and "The Morning Show."

macduke
In the current climate of shootings nearly every day, it's probably not best to make a TV series glorifying violence against people you don't agree with.
Score: 72 Votes (Like | Disagree)

swingerofbirch
Today's Apple would nix the 1984 ad for being too counterculture.
Score: 36 Votes (Like | Disagree)

OriginalMacRat
Apple wanted to change the guns to water pistols.

In the current climate of shootings nearly every day, it's probably not best to make a TV series glorifying violence against people you don't agree with.

This is exactly what I was thinking. Commenters on here are missing the point decrying SJWs or whatever. Apple is not Netflix, Amazon, or Hulu, and Disney isn’t any of them either — their content will reflect on the company. That’s it. Apple — with their CEO at least somewhat visible in humanitarian efforts and certain events and incidents that happen in the US — most likely don’t want their company being in the business of glorifying a show with white men shooting millennials due to disagreements anymore because of current events in the US. That’s a business decision firstly, and then gets to morals and convictions and all that afterwards.
Score: 17 Votes (Like | Disagree)