Apple Store in Zurich Moving to New Location on August 31

Apple today announced that its retail store in Zurich, the most populous city in Switzerland, will be moving at the end of the month. 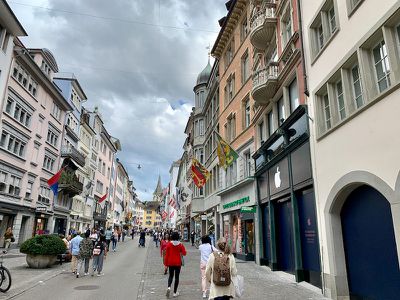 Apple's upcoming store at Rennweg 43 via MacPrime
As noted by Swiss blog MacPrime, Apple Bahnhofstrasse will be relocating to Rennweg 43 on Saturday, August 31, just down the street from its current Bahnhofstrasse 77 address. The new store will still be just steps away from Bahnhofstrasse, a main downtown street in Zurich known for shopping.

Apple Bahnhofstrasse originally opened in 2009. Apple has three other stores in Switzerland in Basel, Geneva, and the outskirts of Zurich.

zaxxon72
Rennweg 43 is the former site of the huge Franz Carl Weber which went trough the building over to the Bahnhofstrasse. So there might be a lot of internal volume for this shop (as opposed to the tiny crappy current one).

Here's hoping for a theatre, lots of tables and genius bars.
Score: 2 Votes (Like | Disagree)

zaxxon72
>Did FCW have a Rennweg address? Meaning, is Apple getting all the space including the storefront towards the
FCW could be entered from Bahnhofstrasse and from Rennweg.

>BTW, FCW had I think four stories.
I am very sure about three stories. But that was 40 years ago ;)

Again, hoping for a theatre like in SOHO or Regent street.

ACE83
God those European city streets are so great...We really chose the wrong design path in the US
Score: 1 Votes (Like | Disagree)

According to Wikipedia (ie, according to a study done several years ago), the Bahnhofstrasse in Zurich is "the most expensive street for retail property in Europe ('https://en.wikipedia.org/wiki/Bahnhofstrasse')". It might not be a flagship store but it certainly is one in a very prime location. The old store had glass walls facing the street and a glass staircase into the basement but otherwise looked like a mall store. The new location at least has some historic facade on the outside.
[doublepost=1565888823][/doublepost]

Rennweg 43 is the former site of the huge Franz Carl Weber which went trough the building over to the Bahnhofstrasse. So there might be a lot of internal volume for this shop (as opposed to the tiny crappy current one).

Here's hoping for a theatre, lots of tables and genius bars.

Did FCW have a Rennweg address? Meaning, is Apple getting all the space including the storefront towards the Bahnhofstrasse but for some obscure reason this property has a Rennweg instead of Bahnhofstrasse address? I thought that on the Bahnhofstrasse side of the former FCW something else had already moved in. I'm gonna have a look at it in the next couple of days. BTW, FCW had I think four stories.

EDIT: I should have read the whole macprime article:
"Auf der Seite der Bahnhofstrasse wird Hyundai demnächst ein exklusives Schaufenster für die kommende Auto-Edelmarke «Genesis» eröffnen."
Meaning Apple won't get the Bahnhofstrasse part of the property (how they split things internally we will see). And that is tight place for a car 'showroom': 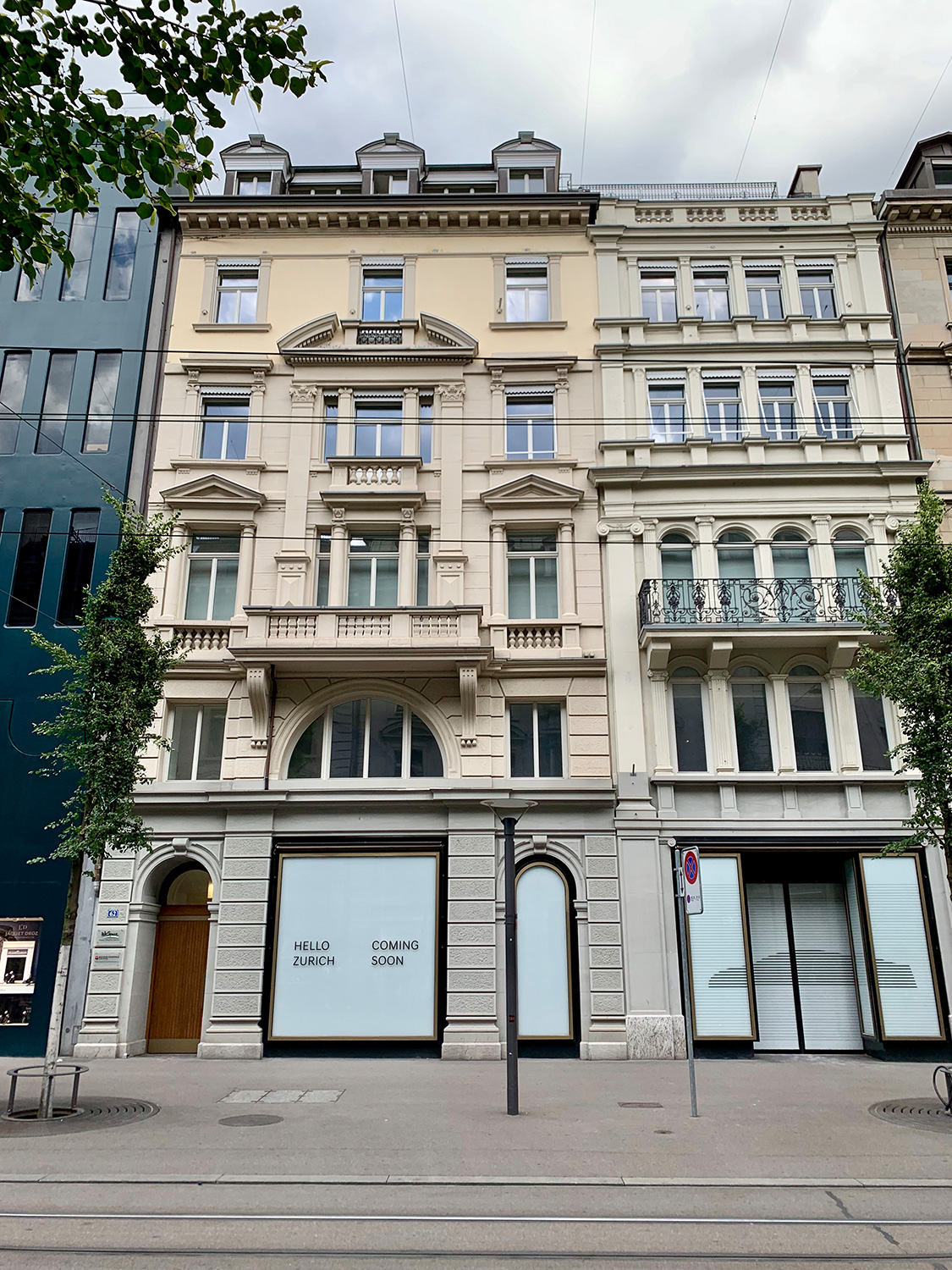 Copyright (that I am seemingly ignoring) macprime ('https://www.macprime.ch/news/article/zuercher-apple-store-zieht-an-den-rennweg')
Score: 1 Votes (Like | Disagree)

TheShadowKnows!
Classy, lovely city. Old-school, modern city. Love those trams, that always run in time. Nothing like over here on this side of the pond.

And, Bahnhofstrasse is the knees bees, too.
Score: 1 Votes (Like | Disagree)
Read All Comments