For those unfamiliar with the Nanoleaf Canvas, it's a set of light-up panels that attach to the wall or the ceiling, providing accent lighting. The Canvas tiles are touch-compatible and support different touch gestures, which is what enables this new feature. 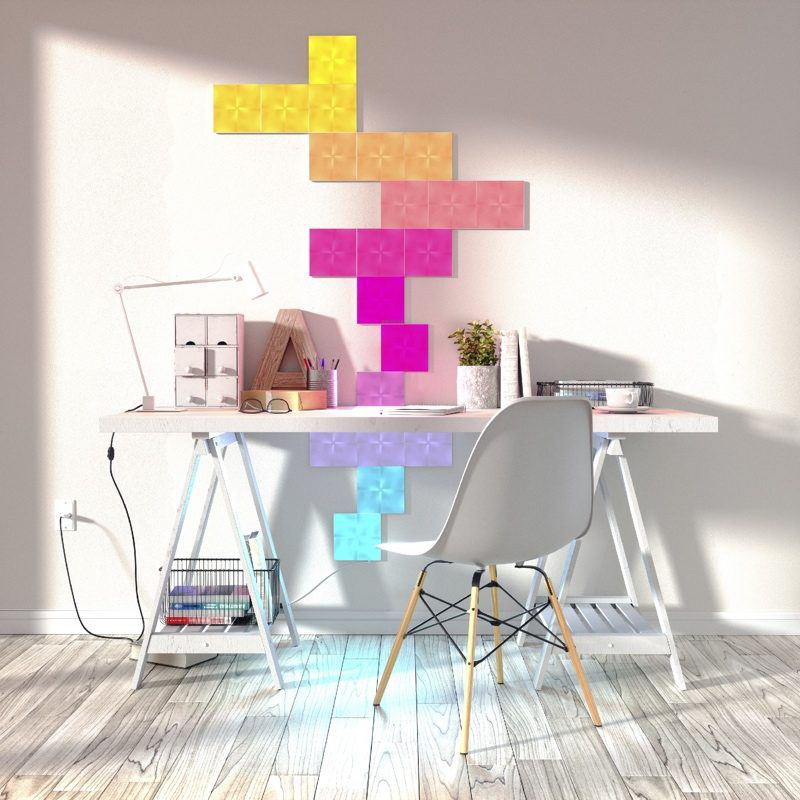 Touch Actions lets a Canvas light square double as a smart button to activate different ‌HomeKit‌ scenes, such as turning off the lights or getting a bedtime scene ready. Three actions are available for each of the squares, including a single press, double press, and long press.

More than one button can have scenes assigned, so the Nanoleaf Canvas can double as a control panel for all of your ‌HomeKit‌ scenes.

Setting up Touch Actions requires a Home Hub for ‌HomeKit‌, which can be an Apple TV, a HomePod, or an iPad. Scenes need to be set up, and from there, you can turn Canvas panels into buttons by opening up the Nanoleaf app, selecting My Devices, choosing the Canvas, tapping the gear icon for more settings, and then selecting Touch Actions. It's a little bit complicated, but Nanoleaf has created a tutorial video.

Doctor Q
The implementation may be poor, but the idea is great, combining style, convenience, and practicality.
Score: 1 Votes (Like | Disagree)

cjboffoli97
An over-priced, cheaply made, buggy product. If you're up for spending a lot of time trying to diagnose why they keep disconnecting from your network then definitely order some. But personally, I regretted buying these and could want to return them.
Score: 1 Votes (Like | Disagree)
Read All Comments

Wednesday April 1, 2020 2:45 pm PDT by Juli Clover
Apple in March updated both the MacBook Air and the iPad Pro, and with the iPad Pro increasingly positioned as a computer replacement, we thought we'd compare both new machines to see how they measure up and which one might be a better buy depending on user needs. Subscribe to the MacRumors YouTube channel for more videos. We're comparing the base model 12.9-inch iPad Pro and the base model...
Read Full Article • 114 comments