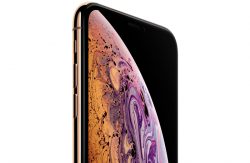 iPhone loyalty has hit its lowest level since 2011 and Samsung has been the main benefactor, claims a new survey conducted by trade-in service BankMyCell.

The survey, cited by CNET, tracked 38,000 people who had traded in iPhones since October 2018 and found that 73 percent upgraded to a later model. The finding suggests iPhone retention rate is down 15.2 percent when compared with data from March 2018.

The survey suggests that 26 percent of people trading in their ‌iPhone‌ X moved to another brand of smartphone, whereas just 7.7 percent of Samsung users switched to an ‌iPhone‌.

Using data from other companies to supplement its own findings, BankMyCell said ‌iPhone‌ loyalty is at its lowest since 2011, while the all-time high for ‌iPhone‌ retention was 92 percent in 2017, according to the survey.

That shouldn't distract from this survey's small sample size, which consists entirely of people who have used BankMyCell's own online gadget buyback and trade-in service. Claiming that its data reflects overall ‌iPhone‌ retention rates is therefore questionable.

BankMyCell's data also contrasts with a January 2019 CIRP survey which found that 91 percent of iOS users upgraded to another ‌iPhone‌. On releasing its report, CIRP additionally said that loyalty for both iOS and Android has steadily increased, reaching the highest levels last quarter that it has ever measured.

iLoveDeveloping
Price. That is all.
Rating: 49 Votes

NIKKG
Iphones have gotten too expensive and boring, not much difference in models from year to year. You get more bang for the buck with Android.
Rating: 25 Votes

imac ios x
Well yes. Since the iphone 4 I was with apple. Then the iphone x came and the best suddenly cost 1400$ for 64gb here. I simply didnt want to pay that ammount for a 64gb model. I usually use 200gb so needed the 1650$ model. Went for a samsung this time. 512gb for 950$ s10+. I know its not apple but the prices here for apple are just not fun anymore. Until prices for the best get reasonable again. Like the iphone 8 plus which cost realativly a lot less (1050$) for now sorry apple. Samsung it is for the next 2 years
Rating: 22 Votes

its features , android os catching up with iOS in many ways. if there was a good android watch (pixel watch possibly) , there would be many more moving over.

Apple was ‘think different’ to me and now it is ‘think same’. It was easy and simple and as jobs always said it just worked. Now settings are here and there and getting complicated and so much are following Android. I really hate those who complaining about Apple’s products. If you don’t like it, then **** off find something you like and don’t ruin Apples products.

sounds like you need to take heed in your last sentence yourself personally.
Rating: 17 Votes

iOS 13 doesn't replace the notch, missing headphone jack, the ugly camera placement or the hardware features being pulled from iPhone 11. People are slowly becoming unhappy with the direction both the hardware and software are heading (you can read it in the forums).
Rating: 14 Votes

Price. That is all.

That’s not all. It’s that, it’s stagnate design/ui. But what’s stopping me from buying an iPhone this fall? INTEL. There’s no sense in buying a device that doesn’t get as good of signal as previous generations of iPhones.
Rating: 14 Votes

Azeroth1
The competition continues to catch up hardware wise and the iPhone itself at its core really hasn’t changed much. New bells and whistles of course and speed, but most people probably use it today the same way they have for the past 5 years at least.

Eventually people get bored. Most people don’t care about the “new” iPhone features and the prices continue to rise. The “excitement” isn’t there anymore.

They need to get back to innovating features that people care about when they see it.
Rating: 11 Votes

its features , android os catching up with iOS in many ways. if there was a good android watch (pixel watch possibly) , there would be many more moving over.


They are not the same price. Consumers buy based on size and storage. Retail price in the US for an S10+ 128GB is 999, but is regularly on sale. Right now, Samsung.com has it for 799. No contract, no trade in.

The iPhone XS Max 64gb is $1100. The only sales you see here occur with trade ins or contracts/add a line.

Don't say they're the same price. Neither retail nor actual real world price are the same.
Rating: 11 Votes
[ Read All Comments ]