😂 😘 and ❤️ Named Most Popular Emoji in New Adobe Study

Wednesday July 17, 2019 7:00 am PDT by Juli Clover
Today is World Emoji Day, and in celebration of emojis, Adobe released its 2019 Emoji Trend Report, giving us some insight into the most popular emoji characters that people are using. For its report, Adobe surveyed 1,000 emoji users in the United States.

Women were most likely to use the 😂, ❤️, and 😘 emojis, respectively, while men favored 😂, 😁, and 😢. 93 percent of all emoji users said emojis lighten the mood of a conversation, while 91 percent said they use emojis to show support to people.

Specific emojis are used to represent different moods, as outlined in Adobe's graphic below: 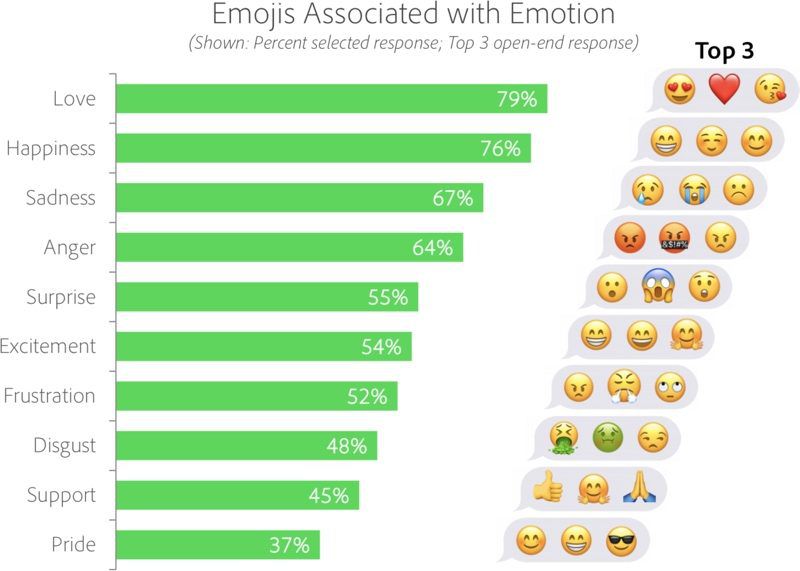 65 percent of emoji users said they were more comfortable expressing emotions via emoji rather than a phone call, something more prevalent among younger Generation Z individuals. Emoji users are most likely to include emojis in text messages, and among social networks, emoji usage is highest on Facebook.

Adobe's full emoji report, which includes additional details on how, when, and why people use emojis, can be accessed through Adobe's emoji blog.

Emojis have become an increasingly important part of the smartphone ecosystem in recent years, and Apple has embraced emoji, regularly adding new emoji characters following Unicode Consortium updates. Apple is set to add new emoji at some point in iOS 13 as earlier this year, the Unicode Consortium finalized its list of 2019 emojis. 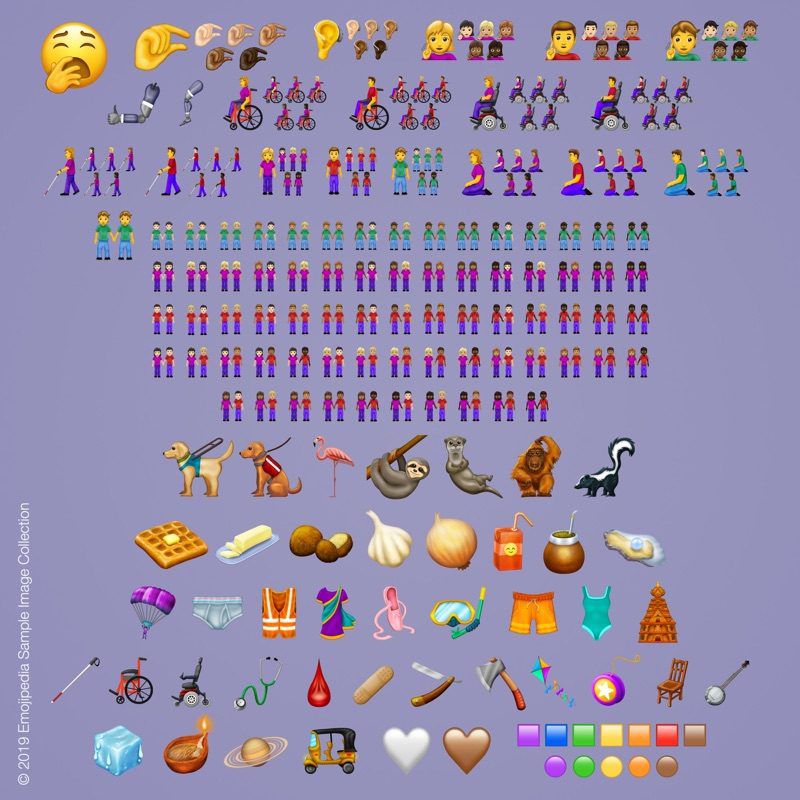 2010mini
After Thousands of years worth of human language development..... we are now regressing back to cave paintings.
Rating: 36 Votes

slifty
Phew -- so many old whiners in here!

Facial expression existed long before language and written word; emoji is the best digital approximation of that.

Take a reality pill and get with the "modern" "trend" folks.
Rating: 23 Votes

Mascots
I don't understand how this site hasn't added emoji support to its forums yet.
Rating: 18 Votes

65 percent of emoji users said they were more comfortable expressing emotions via emoji rather than a phone call,

Sadly a very noticeable thing in the workplace.
Rating: 13 Votes

YaBe
Radical idea here, how about use a set of emoji that combined can create something that, well we can call a word, and by putting lots of emoji together you get lots of words that make a sentece.

Let's call them letters, and allow people to express themselves in a manner other can understand ....

I know it sounds wierd, but we can create a keyboard for them to make it easier, this would totally change the world.

I also have a slogan : "26 emojis, always in your pocket, express yourself!"

I don't understand how this site hasn't added emoji support to its forums yet.

x-evil-x
These are most commonly used because they are at the beginning of the 18 page list.
Rating: 10 Votes

It's a sad world we live in when extensive emoji research is being done. It seems quite superficial compared to things such as climate change etc.


The good news is emoji research is not being done at the expense of lesser research going into climate change issues.

Both are addressed. By different kinds of organizations.
[doublepost=1563377729][/doublepost]

Well, now that we got that out of the way… How about we research something like cancer?


Scientists and doctors around the world are not addressing cancer research?

Or are you expecting that's a task Adobe should be heading up?
Rating: 7 Votes

Now these are emoji's i can get behind.
Rating: 7 Votes