Apple has registered five unreleased iPad models in the Eurasian Economic Commission database today, including A2068, A2197, A2198, A2228, A2230, according to listings uncovered by MySmartPrice and confirmed by MacRumors. 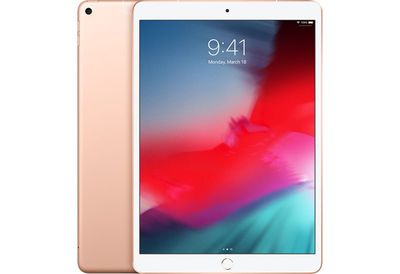 All of the ‌iPad‌ models are listed as running iPadOS:

On the more imminent front, a recent rumor suggested that mass production of a new 10.2-inch iPad was set to begin this month, so a launch could be near. The 10.2-inch model, dubbed the ‌iPad‌ 7, is expected to be a slightly larger, slimmer bezel successor to the low-cost 9.7-inch ‌iPad‌, which was last updated in March 2018.

The source of the 10.2-inch ‌iPad‌ rumor, CoinX, has an accurate track record. The mystery account previously tweeted the iPhone XS, ‌iPhone‌ XS Max, and ‌iPhone‌ XR names of the 2018 iPhones before anyone else, and also accurately revealed the 10.5-inch iPad Air, the 2018 iPad Pro being 5.9mm thick, and more.

Looking farther out, analyst Ming-Chi Kuo has claimed that two new iPad Pro models will enter mass production in the fourth quarter of 2019 or the first quarter of 2020. The current ‌iPad Pro‌ models were released in October 2018.

Eurasian Economic Commission filings like these have foreshadowed the release of new Apple products on numerous occasions, including multiple ‌iPad‌, ‌iPad Pro‌, ‌iPhone‌, Mac, Apple Watch, and AirPods models. The filings are legally required for any encrypted devices sold in Russia and select other countries.

Way too much confusion of what's what.
Score: 24 Votes (Like | Disagree)

iPads are getting boring with the lack of innovation.

What would you add that is useful and not gimmicky ? Software is where ipad is improving
Score: 13 Votes (Like | Disagree)

Martius
Oh, I hope they will release iPad Pro with more solid internal structure, because that bending issue is the only reason I didn't buy the new iPad Pro last year.
Score: 9 Votes (Like | Disagree)

Will iPads running iPadOS be able to run iOS 13 apps ???

I naturally assume they will be able to run Universal iOS 12 apps.

iPad OS shares the same foundations as iOS. It was just given a different name for marketing reasons to emphasize the new features coming in September.
Score: 8 Votes (Like | Disagree)

iPads are getting boring with the lack of innovation.

That's because Apple is so far ahead in this category, there really isn't anything to innovate unless we see a large jump in technology. The only thing really holding the iPad back is software at this point.

EugW
Is Ming-Chi Kuo right again? I wasn’t expecting new iPad Pros until 2020 but perhaps new 6 GB models will come by the end of 2019. That’s what MCK was predicting.

One can only hope the Pros will start at 128 GB too this time around, but I’m not optimistic.

Even better would be August to make use of the back to school deal but even October seems optimistic for a new iPad Pro. I’d love to get an early surprise though.
Score: 6 Votes (Like | Disagree)
Read All Comments