Target is heading into the weekend with an all-new sale on Apple's HomePod smart speaker, now priced at $199.99, down from the original price of $299.99. At $100 off, this sale is the lowest we've ever seen on a brand new HomePod, and the best deal on the speaker so far in 2019.

Note: MacRumors is an affiliate partner with Target. When you click a link and make a purchase, we may receive a small payment, which helps us keep the site running.

You can purchase the HomePod in either White or Space Gray on Target.com, and ship the speaker to your home or pick it up in-store. Additionally, Target RedCard holders have a chance to save an extra 5 percent on the HomePod.

Apple dropped the price of the HomePod from $349 to $299 back in April, hoping to boost sales for the speaker after some blowback to the steep cost of the device. You can find sales like this one and many more in our full Deals Roundup.

wlossw
This should be the price everyday. I hope they sell a bunch to prove this point.
Score: 11 Votes (Like | Disagree)

It’s not an upgrade from a Sonos

Sound wise it actually is. The Sonos sounds good but the HomePod is definitely closer to a full range system. We compared both in the studio.
I’m only talking about the sound, not the ‘intelligent’ features.
Score: 10 Votes (Like | Disagree) 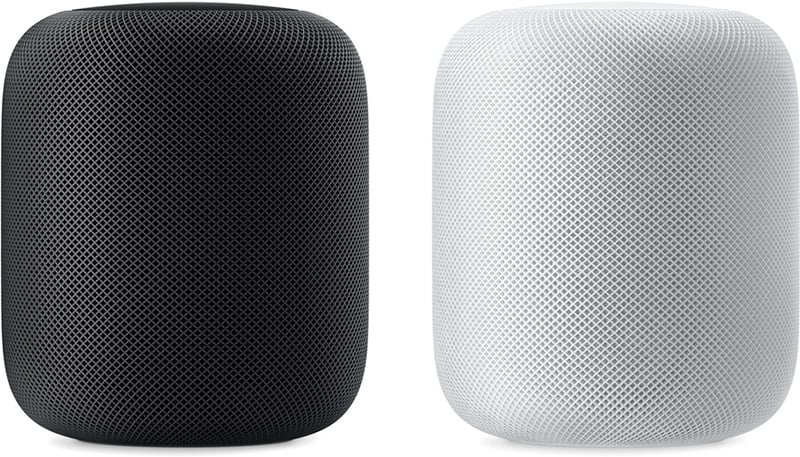 Note: MacRumors is an affiliate partner with Target. When you click a link and make a purchase, we may receive a small payment, which helps us keep the site running.

Blind testing says different.....you are the victim of purchasing bias.....justifying spending a ridiculous amount of money on a subpar product.

I don’t have a horse in this race - you should pick the device that you prefer, but I take issue with “blind testing says different”, implying that people should simply trust those tests.

Everything you imputed to me is an unmitigated logic fail. If I were the victim of “purchasing bias”, then why didn’t that bias apply to the Sonos One that I had bought first? According to you I would be justifying that purchase as well because “purchase bias”.

Your next logic fail was when you said “justifying spending a ridiculous amount of money on a subpar product”, since I paid exactly the same amount, to the penny for the HomePod that I paid for the Sonos One; you’re empirically wrong on each and every point that you have imputed to me.

The reality is that I am a statistician (Mu Sigma Rho inductee); don’t lecture me on bias. I am also a musician and singer, and have “young ears” - I hear frequencies that many teenagers cannot. Due to auditory issues with other family members I have spent a lot of time having professional hearing tests performed by otologists. That being said, I trust my ears to tell me what I like, as should you, not some online reviewer.

Simply put, audio tastes are subjective. Some people may favor the Sonos One. More power to them. My goal was simply to share my experience and opinion. People with similar backgrounds and music tastes might be interested to go have a listen, rather than making a purchasing decision based on a review such as David Pogue’s.

Here’s more detail on what informed my decision as I tested both devices in my home. Hopefully it encourages people to try out all their options rather than trusting a review alone (or a forum post :-p).

I first bought the Sonos One, installed it, and followed the Trueplay steps in the Sonos app. What I observed was that at default product settings, and using the Classical EQ setting (Settings, Music, EQ) the Sonos One had more mid bass than bass, harsh ringing mids and excessive treble for my tastes. After trying it for 2 weeks, I saw this sale announcement and bought a HomePod, price-matched at BestBuy. I was instantly blown away by the higher quality sound. The HomePod has more bass, less mid bass, clear mids - a much more pleasing overall balance of frequencies to me.

I also tried tuning the two sliders for bass and treble within the Sonos app and was unable to get the sound anywhere close to that of the HomePod’s quality.

The songs I used to test the two were:

Lovers, by Jackie Evancho
Heartache, by Hollie Stell
Requiem, by Three Graces
Du Hast, by Rammstein
The Other Side, by Evanescence
Aqua Drop, by TriBoss
Basshead, by Bass Nectar

Hopefully this is helpful for someone. If not, I lost a little time typing on a Sunday trying to be helpful ☺️

A suggestion would be to try out your options in the location and with the music you listen to, then buy what you like and can afford.
Score: 6 Votes (Like | Disagree)

Mabus51
Siri is the worst thing about this speaker. Apple really needs to overhaul Siri, shortcuts while a semi stop gap still doesn’t fix the lack of ability and HomeKit is hot garbage. I can’t decide which is worse Siri or HomeKit.
Score: 5 Votes (Like | Disagree)

jermwhl
That’s a price I can get behind. Best Buy price matched for me and I picked up 2
Score: 5 Votes (Like | Disagree)
Read All Comments