Apple today cut the price of HomePod on its online store by $50, with the smart speaker now listed for $299, down from $349. The price drop follows recent promotional discounts at several third-party retailers across the U.S. 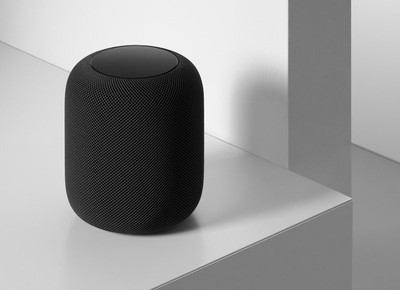 Similar price reductions have also appeared in other regions and territories on Thursday, with the price of a ‌HomePod‌ in the United Kingdom falling from £319 to £279, for instance.

Apple's expensive ‌HomePod‌ speaker accounted for just six percent of the U.S. smart speaker installed base through the fourth quarter of 2018, according to a February report.

By comparison, the Amazon Echo and Google Home reportedly accounted for 70 percent and 24 percent of the installed base respectively, with both products proving to be popular holiday gifts.

In April 2018, well-connected analyst Ming-Chi Kuo said Apple was "mulling" a "low-cost version" of the ‌HomePod‌, potentially due to shipments of the current version being "far below market expectations." A report out of China said the lower-cost ‌HomePod‌ could be priced between $150 and $200 in the United States.

bigboyz12000
No offense but -$50 from Apple is like Ramen giving you a free noodle with every package purchased haha!
Score: 80 Votes (Like | Disagree)

Relentless Power
Others here will list as a ‘flop’ now because Apple dropped the price. Anyone that’s experienced the HomePod, knows exactly what this speaker is capable of producing in terms of quality sound. I don’t regret purchasing mine for the Original $350 price point.
Score: 80 Votes (Like | Disagree)

McScooby
Or, they could just keep the same price, add a jack & allow any audio to be bluetoothed to it, I don't think the price is the main issue.;)
Score: 48 Votes (Like | Disagree)
Read All Comments

Thursday June 17, 2021 7:33 am PDT by Joe Rossignol
Apple today lowered the prices of AppleCare+ plans for MacBook Air and 13-inch MacBook Pro models equipped with the M1 chip. Coverage offered by the plans, as well as accidental damage fees, appear to remain unchanged. In the United States, AppleCare+ for the MacBook Air now costs $199, down from $249. The new price applies to both M1 and Intel-based MacBook Air models, although Apple no...
Read Full Article • 119 comments