Apple collects no data and provides little data to the apps and websites you use with the feature, and it even offers an option to keep your email safe. In an interview with The Verge, Google product management director Mark Risher, who oversees Google's secure sign in tool, shared his thoughts on Apple's new feature. 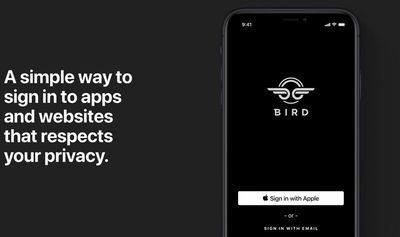 Risher says that Google's own tool is not as data hungry as it was made out to be, and that it's not used for advertising or re-targeting. "There was a bunch of innuendo wrapped around the release that suggested that only one of them is pure and the rest of them are kind of corrupt, and obviously I don't like that," he said.

The only moment logged is the moment of authentication, according to Risher, info that's not distributed anywhere. Risher also suggested Apple's feature is more invasive because it will be logging emails received from companies when the email obscuring feature is used. "We'll see how the details work out," he said.

Risher went on to explain that Google tries to "set a very high bar" but is judged by the "worst behavior" in the Android ecosystem. He said the innuendo from Apple that Google's tool is less privacy focused "was a little annoying" because Google is "trying to really hold [itself] to a high standard."

Ultimately, Risher said that he believes the technology will make people safer.

I honestly do think this technology will be better for the internet and will make people much, much safer. Even if they're clicking our competitors button when they're logging into sites, that's still way better than typing in a bespoke username and password, or more commonly, a recycled username and password.

Risher likened log-in protection offered by Google and Apple to storing money in a bank to alleviate fears people might have about having all of their login data handled by a single company like Apple or Google.

People often push back against the federated model, saying we're putting all our eggs into one basket. It sort of rolls off the tongue, but I think it's the wrong metaphor. A better metaphor might be a bank. There are two ways to store your hundred dollars: you could spread it around the house, putting one dollar in each drawer, and some under your mattress and all of that. Or you could put it in a bank, which is one basket, but it's a basket that is protected by 12-inch thick steel doors. That seems like the better option!

Risher's full interview with is available on The Verge website and is worth checking out, but Google today is also making its own privacy-focused feature announcement for iOS users - the ability to use an Android smartphone as a two-factor verification key for logging into Google accounts.

Starting today, iPhone and iPad users with an Android smartphone can use the Android security key feature to verify their logins to Google accounts from the Android device.

The feature utilizes Google's Smart Lock App as part of a two-step verification system designed to keep Google accounts safer. After the security key feature is added to an Android device, it can be set up to pair with the ‌iPhone‌ to confirm logins over Bluetooth.

JetTester
“Trust me, I am not a liar. Google doesn’t want any of your information.”
Score: 41 Votes (Like | Disagree)

Honestly I am inclined to believe Google here. It would not be the first time nor the last time Apple twisted the truth big time for their own game.

You do realise that this whole "Google does not respect your privacy" thing wasn't born from Apple propaganda but from countless privacy violations by Google, right?
Score: 37 Votes (Like | Disagree)

Risher went on to explain that Google tries to "set a very high bar" but is judged by the "worst behavior" in the Android ecosystem. He said the innuendo from Apple that Google's tool is less privacy focused "was a little annoying" because Google is "trying to really hold [itself] to a high standard."

Classie
“...but is judged by the "worst behavior" in the Android ecosystem“

Apple's marketing works. So many are fooled.

It has to do with core philosophies not marketing.

Google gives you all of these free services, sells no real products (Nest now and some pixels), so how are they worth billions and where does their cash come from? Selling data as they are in the ad and search business. Even the huge ad business needs user metrics to know who to target.

Apple's cashflow was mostly from hardware and now is split with services like TV and icloud. Apple doesnt need to collect data they arent in the data or search engine business.
Score: 18 Votes (Like | Disagree)
Read All Comments