Tueo's CEO and COO, Brownwyn Harris and Anura Patil, changed their employers from Tueo to Apple in late 2018, which is perhaps when the acquisition was completed. 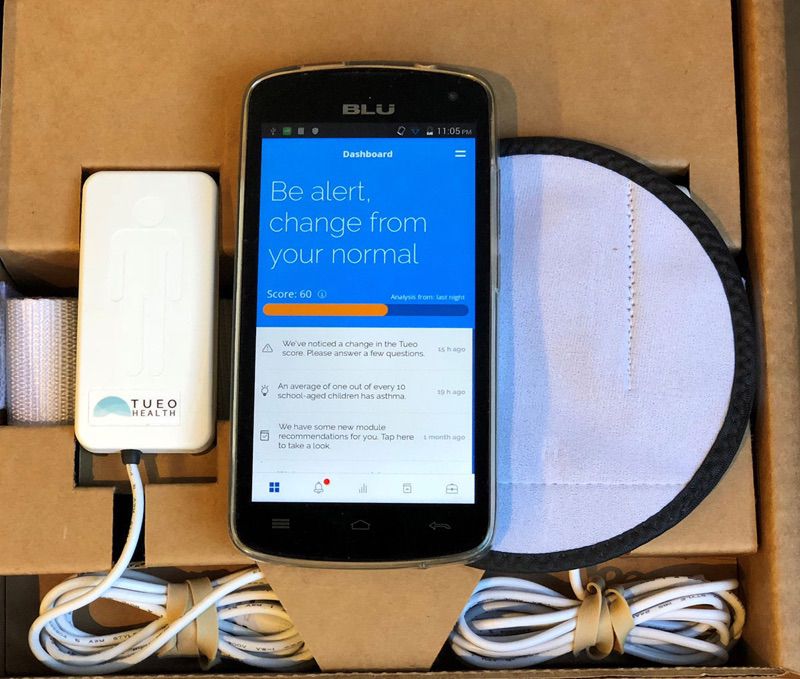 An Apple spokesperson declined to comment to CNBC on the acquisition, and it's not known how much Apple paid for the company. It's possible, given the lack of comment from Apple and the absence of the company's standard statement related to acquisitions, that it was an acquihire rather than a traditional acquisition.

Tueo had been working on a mobile app that was designed to pair with commercial breathing sensors to manage asthma symptoms in children. The app was meant to send alerts to parents if a child's breathing changed over the night.

We use commercially available sensors to monitor asthmatic children while they sleep. Our technology leverages the data from these sensors to create a personalized baseline for each child. Alerts are automatically sent to parents when there are deviations from their child's baseline. These alerts are interactive and informative - we provide contextual information and just-in-time education and support to help them better manage their child's asthma.

It's not known if Apple plans to incorporate some sort of related feature into a future product, but there have been rumors that the Apple Watch could include sleep monitoring capabilities in the future.

69Mustang
Apple seems to be going all in on health. Good job.
Rating: 11 Votes

What does this look like to you? I mean what kinds of notifications would you get? How would it help you every day?


Off the top of my head I would say that 3 things come to mind.

First the watch has been rumored to get it's pulse info from pulse oximetry sensors. But the o2 sat part of the data is not revealed. Turning that on and allowing people like me to track our o2sat 24/7 would be a big deal.

Second, a system like the one described in the article determines how well you are breathing using sound. Much of asthma detection is by sound- "wheezing" and other breath sounds. To include such a system into the watch (not in separate equipment) and to report that within the watch with an app and a system to alert the user to a "bad" status would be amazing.

Third- We take a lot of meds. And it's helpful to take them on schedule. So a med tracking system for all of a users meds would be a great addition. There has been some talk about this being in Watch 6.

As for how would this help us- Asthma is a cyclical disease. To manage it properly you must keep in control and manage your levels. Control is a technical term here. Being in control is measured today by the number of times that you need to use a rescue inhaler. I would expect that a management system such as this would offer more effective ways of determining your level of being in control. Because it's a cyclical disease -the more you can keep it "down", the more that you do well and are in control. The opposite is also true. More problems and attacks leads to more problems and more attacks. More being out of control. There are different treatments when you are in each of these situations, and the faster that you understand that you are moving from one level to another and begin the correct things for that place ,the faster and better that treatment works. The watch could be a major help with this.

I'd bet that those that are doing research on systems like the one described have more ideas. I'd like any help that they can give us.
Rating: 3 Votes

tdar
As an asthmatic, the number one thing that I want from my Apple Watch is for it to help me with the management of my asthma.
Rating: 2 Votes

As an asthmatic, the number one thing that I want from my Apple Watch is for it to help me with the management of my asthma.

What does this look like to you? I mean what kinds of notifications would you get? How would it help you every day?
Rating: 1 Votes

martyjmclean
Kids these days are so lucky (I never thought I'd say that at 21). It looks years for my parents/doctors to realise I had asthma–now a mobile phone could do it...
Rating: 1 Votes