Apple Pay will likely launch in the Netherlands in the very near future, as the service has now been elevated to "beta" status internally at Apple ahead of its much-anticipated rollout in the country. The server-side change was first spotted by WolfMeister's Small Tools and confirmed by MacRumors. 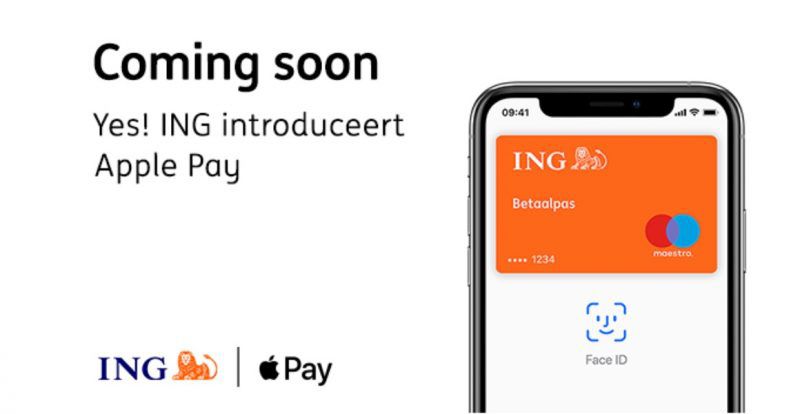 Earlier this month, Dutch bank ING revealed that Apple Pay is "coming soon" to the Netherlands. Apple has since confirmed the upcoming launch on its Dutch website, but without providing a specific timeframe.

‌Apple Pay‌ has been gradually expanding across Europe and the Middle East, launching in Poland, Norway, Kazakhstan, Belgium, Germany, Czech Republic, Saudi Arabia, Austria, and Iceland over the last year. The Netherlands is one of the most populous countries in Europe that is still awaiting ‌Apple Pay‌.

‌Apple Pay‌ can be used anywhere contactless payments are accepted with a compatible iPhone or Apple Watch.

Can we also get announcements every time a new artist becomes available in iTunes?

IT Nerd
Seems like they testing Apple Pay with Maestro cards for the Netherlands.

Still I have to get the card out, even if I do it while standing in line, and I have to put it back in the wallet afterwards. I prefer to just pay with it watch, for me that’s way more convenient. But I understand there’s absolutely no reasoning with your ‘flawless’ logic *insert eyeroll*

And the banks, Mastercard/VISA AMEX etc. are happy about all his data.
Rating: 2 Votes

JepGambardella
I've just wet my pants. So happy to know I can almost use Apple Pay in NL.
Rating: 2 Votes

Aarnt
Just made an appointment with ING to open an account... bye bye ABNAMRO
Rating: 2 Votes

How do you check the “status” of the service and what do you mean by “server-side change”?


Found this on Dutch site iCulture, apparently this shows it:

Found this on Dutch site iCulture, apparently this shows it:


Correct, this is API which used for beta testing.
The website mentioned in the article makes 2 requests to Apple's API. One is countries with roll-outed Apple Pay and the second is countries which are in beta testing. This API is used by Wallet application to determine the possibility of using Apple Pay, also card networks, configuration of gateways and etc.
Rating: 2 Votes

It's not even that more convenient, it's a fact Apple Pay is not faster than tapping your card.

Option 2 - Double press the button on my watch. Hold watch to reader.

Option 2 is way more convenient for me.
Rating: 2 Votes

MLVC
Still I have to get the card out, even if I do it while standing in line, and I have to put it back in the wallet afterwards. I prefer to just pay with it watch, for me that’s way more convenient. But I understand there’s absolutely no reasoning with your ‘flawless’ logic *insert eyeroll*
Rating: 2 Votes