Security researchers have discovered a new set of vulnerabilities that affect Intel chips dating back to 2011, including the chips that have been used in Apple devices.

As outlined by TechCrunch, "ZombieLoad," as it's being called, consists of four bugs that can allow hackers to exploit the design flaws in the chips to steal sensitive information directly from the processor. 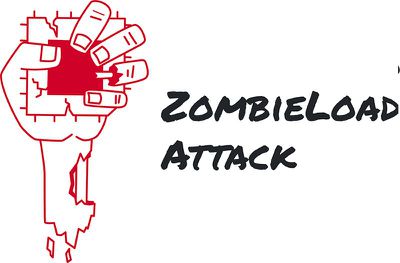 These vulnerabilities are as serious as the Meltdown and Spectre vulnerabilities that were discovered in early 2018 and take advantage of the same speculative execution process, which is designed to speed up data processing and performance.

A white paper shared by notable security researchers (including some who worked on Spectre and Meltdown) offers details on how ZombieLoad functions. [PDF]

While programs normally only see their own data, a malicious program can exploit the fill buffers to get hold of secrets currently processed by other running programs. These secrets can be user-level secrets, such as browser history, website content, user keys, and passwords, or system-level secrets, such as disk encryption keys.

The attack does not only work on personal computers but can also be exploited in the cloud.

ZombieLoad impacts almost every Intel computer dating back to 2011, but AMD and ARM chips are not affected. A demonstration of ZombieLoad was shared on YouTube, displaying how it works to see what you're doing on your computer. While spying on web browsing is demoed, it can also be used for other purposes like stealing passwords.


There have been no reports of hackers taking advantage of the ZombieLoad vulnerabilities at this time, and Intel has released microcode for vulnerable processors. Apple addressed the vulnerability in the macOS Mojave 10.14.5 update that was released yesterday and in security patches for older versions of macOS that were also released yesterday.

An Apple support document on the ZombieLoad vulnerability provides details for "full mitigation" protection that can be enabled for customers with computers at heightened risk or that run untrusted software on their Macs.

Full mitigation requires using the Terminal app to enable additional CPU instructions and disable hyper-threading processing technology, which is available for macOS Mojave, High Sierra, and Sierra, but not on certain older machines. Apple says full mitigation could reduce performance by up to 40 percent, so most users will not want to enable it.

According to Intel, its microcode updates will have an impact on processor performance, but for the patch that Apple released in macOS Mojave 10.14.5, there was no measurable performance impact. Apple's fix prevents the exploitation of ZombieLoad vulnerabilities via JavaScript in Safari.

An Intel spokesperson told TechCrunch that most patched consumer devices could take a 3 percent performance hit at worst, and as much as 9 percent in a datacenter environment. But, the spokesperson said, it was unlikely to be noticeable in most scenarios.

As mentioned above, customers who enable Apple's full mitigation option will indeed see processor slowdowns because of the need to disable hyper-threading.

One of the researchers who discovered ZombieLoad, Daniel Gruss, told TechCrunch that ZombieLoad is easier to exploit than Spectre, but more difficult than Meltdown, and that it requires a specific set of skills, which means the average person doesn't need to worry.

Santabean2000
Between all these issues and the delays, I’m just hanging out for A-Series Macs at this point.

Intel to the curb; Windows be damned.
Score: 12 Votes (Like | Disagree)

Between all these issues and the delays, I’m just hanging out for A-Series Macs at this point.

Intel to the curb; Windows be damned.

Or Apple should just switch to Ryzen.
Score: 7 Votes (Like | Disagree)

cmaier
As a CPU designer who formerly had to compete with Intel and it’s hyperthreading microarchitectures, I am retroactively glad we didn’t go that way. It always seemed like sharing buffers between threads opened up way too many opportunities for mischief unless you put in a lot of extra hardware to zero-out every memory structure between context switches, and that would probably eliminate any speed benefit anyway.
Score: 7 Votes (Like | Disagree)

I am still in HS
Can I please have the direct links for
iTunes Device Support Update
Safari 12.1.1
And the latest
gatekeeper and xprotect

Yes, there's a crisis. Update to the version of macOS that will force Notarization on you! Coincidence or inside bug discovery they were waiting on to inform Intel of AFTER they had a reason to force people to update to a version of the OS that can control everything you do....

Interesting. So I am sure several members are wondering "Notarization? Being forced on me? What's that all about?" The implication that Notarization "can control everything you do" is certainly a scary idea.

So, I looked up Notarization ('https://www.macrumors.com/2019/04/08/mac-apps-notarization-macos-10-14-5/') to find out what fresh evil was being forced upon me. Well, according to MacRumors own thread "as of macOS 10.14.5, all new software distributed with a new Developer ID must be notarized in order to run." Or, in other words, new software from new developers must be notarized by Apple for the OS to allow it to run, the idea being this will help identify authentic software NOT DOWNLOADED FROM THE MAC APP STORE from malware. In future versions of the OS all software not from the Mac App Store will have to have notarization from the developer which is supplied by Apple.

So how does this control everything you do? It doesn't. Is it a huge imposition on the Mac users? It's not. Is it terribly inconvenient for developers who don't distribute software through the Mac App Store? Well, it is an added step but not an overly onerous one; I don't think it will put anyone out of business. Will it make your computer more secure? Yes, probably, for awhile at least until this, too, is defeated.

But hey, just because you are paranoid and espouse wild conspiracy theories doesn't mean the government isn't watching everything you do. Keep the faith.
Score: 4 Votes (Like | Disagree)
Read All Comments