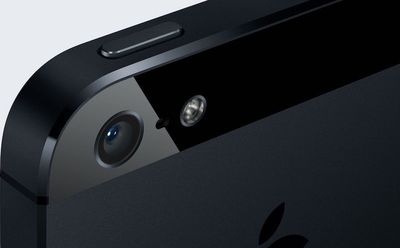 The lawsuit alleges that Apple knowingly sold the aforementioned ‌iPhone‌ models with "defective" power buttons and refused to properly remedy the issue. For this, Apple is accused of "deceptive" or "fraudulent" business practices, breach of warranty, and violating multiple California consumer laws.

The proposed class includes California residents who purchased an ‌iPhone‌ 4, ‌iPhone‌ 4s, or ‌iPhone‌ 5 from Apple or a third-party retailer:

All California citizens who purchased one or more iPhone 4 or 4S smartphones from Apple or a third-party retailer, from June 24, 2010 through October 10, 2011 for the iPhone 4, and from October 11, 2011 through September 20, 2012 for the iPhone 4S, and whose sleep/wake (power) button stopped working or worked intermittently during a one year period from date of purchase.

All California citizens who purchased one or more iPhone 5 smartphones from Apple or a third-party retailer prior to April 1, 2013, and whose sleep/wake (power) button stopped working or worked intermittently during a three year period from date of purchase.

In April 2014, Apple initiated a program offering free repairs of a "small percentage" of ‌iPhone‌ 5 models with power buttons that may "stop working or work intermittently," but the lawsuit alleges that the program went "unnoticed" and began "ten months after the initial complaint in this matter."

The class action lawsuit seeks damages in an amount to be proven at trial, plus restitution, injunctive, and declaratory relief. Apple denies all of the allegations in the complaint, and denies that it did anything improper or unlawful.

As with any class action lawsuit, proposed members can do nothing to remain part of the class, or opt out to retain the right to sue Apple individually.

truettray
Seems like they should have gone after the home buttons? How many people out there were using the virtual home button on the 4 and 5 series?
Score: 13 Votes (Like | Disagree)

Scottsoapbox
One of the many problems with lawsuits: even if you win, it's years later.
Score: 13 Votes (Like | Disagree)

L-U-R-C-H
That photo makes me miss the flush cameras.
Score: 10 Votes (Like | Disagree)

SnowFox20
hmmmm. Ive never heard of anyone ever having a problem and Ive been fixing iPhones since the 3G.
Score: 7 Votes (Like | Disagree)

555gallardo
Seems like a perfect time to switch from my Galaxy S10+ back to iPhone 4.
Score: 6 Votes (Like | Disagree)
Read All Comments