Tuesday April 16, 2019 10:14 am PDT by Joe Rossignol
As noted on Reddit, Apple has updated its tech specs for the 2018 MacBook Air to indicate that the notebook now has a display brightness of up to 400 nits, compared to up to 300 nits previously. 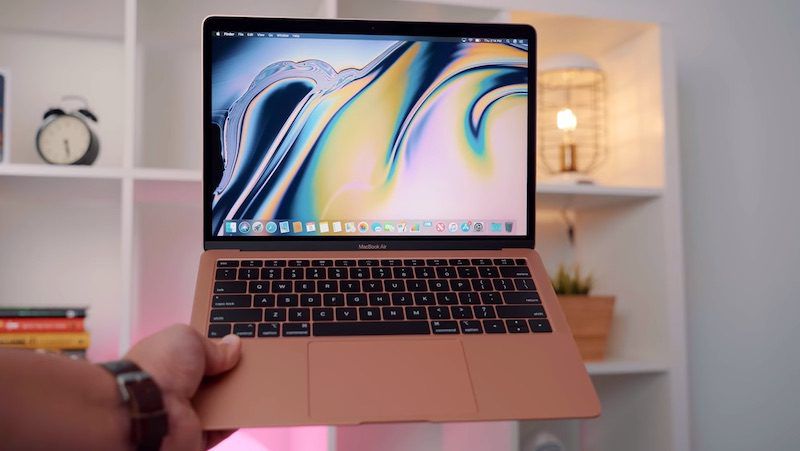 We've confirmed with Apple that this increase is tied to the macOS 10.14.4 software update released on March 25. Apple's release notes did mention that the update "corrects the default screen brightness" for 2018 MacBook Air models, although no specific details were known at the time.

Prior to macOS 10.14.4, Laptop Mag found that its 2018 ‌MacBook Air‌ review unit maxed out at a brightness of 234 nits, while NotebookCheck determined an average value of 315 nits. It's unclear why there is such a big discrepancy there, but it'll be interesting to see how much the number increases in subsequent testing.

AngerDanger
Not going to be satisfied until the screen can vaporize debris trapped under the keys.

igroeg
So they can actually tweak that via software. Great! I'll buy the MBA once they include 2 additional CPU cores in a future MacOS update.
Rating: 17 Votes

12643
Seems like everybody out there wants two things: brighter displays, and dark mode.
Rating: 12 Votes

HiVolt
Apple overclocked its own display! Stopped innovating my a$$!
Rating: 10 Votes

RightMACatU
Wish I could increase MY brightness level with a simple update :p
Rating: 8 Votes

Put an OLED and a decent keyboard in it, even if the laptop is now .5MM thicker. Anyone who buys a current generation butterfly keyboard will come to regret it.

Oh and suddenly it’s possible for Apple to deliver better “hardware”.
They wanted to keep that “feature” for the next gen model, but according to the sales, they had to act

You’re WILDLY overestimating consumer purchasing decisions if you honestly think an average person has any idea what a nit is.
Rating: 6 Votes

I mean really, how much more would it cost to give it a P3 gamut?

I won't buy an Apple product that includes a display without it (except for the Watch, but who cares about color gamut on an Apple Watch).
Rating: 5 Votes

Textime
Oh and suddenly it’s possible for Apple to deliver better “hardware”.
They wanted to keep that “feature” for the next gen model, but according to the sales, they had to act
Rating: 5 Votes