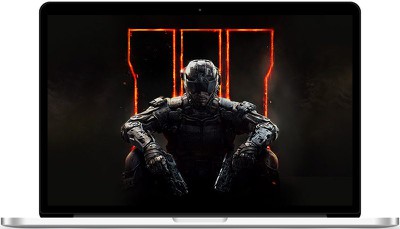 The same Black Ops III content for Windows is now available on Mac via the Steam store:

Black Ops III is already an older title in the popular first-person shooter franchise, first released in November 2015 for Xbox, PlayStation, and Windows. Three new Call of Duty games have launched since then, including Infinite Warfare in 2016, WWII in 2017, and Black Ops IIII last year.

System requirements include macOS High Sierra 10.13.6 or later, a 2.3GHz quad-core Core i5 processor or better, 8GB or RAM or more, at least 150GB of storage space, and a graphics card with at least 2GB of VRAM. Steam says Nvidia and Intel GPUs are not officially supported hardware for Black Ops III.

At the time of writing, we're not seeing the Multiplayer Starter Pack available for Mac, so the complete rollout may take a bit of time today.

larrylaffer
Just what I always wanted, to play a 4 year old game in a multiplayer world full of 10 year olds telling me they slept with my mom.
Score: 19 Votes (Like | Disagree)

Oh yeah that’s it and then Apple will charge customers even more. No thanks. Expensive Nvidia needs to go away.

Well, anybody paying for AMD cards in macs are already paying twice what they should be. So. ¯\_(ツ)_/¯
Score: 9 Votes (Like | Disagree)

_Refurbished_
Got this for FREE on PS Plus last year and it was old then. $60? LOL
Score: 7 Votes (Like | Disagree)

SoN1NjA
Cool that it came, but Bootcamp — along with a probably better running version — has been out for years now
Score: 7 Votes (Like | Disagree)

vicviper789
The price of the game is nothing compared to what you’ll spend trying to store 150Gb on your computer
Score: 6 Votes (Like | Disagree)

kcslc
Nvidia cards not supported. El oh el. What a joke. Apple needs to fix their spat they have with Nvidia and they need to do it now.
Score: 6 Votes (Like | Disagree)
Read All Comments

Saturday April 17, 2021 6:00 am PDT by MacRumors Staff
It feels like we've been waiting forever for new Apple products, but the wait is almost over as Apple has announced a media event for next Tuesday, so make sure to tune into MacRumors for full coverage of everything Apple announces. While that was the big news this week, we also got some new details on Apple's iPhone plans for 2022 and 2023 courtesy of analyst Ming-Chi Kuo, and we also saw...
Read Full Article • 11 comments

Saturday April 17, 2021 4:43 am PDT by Sami Fathi
Reliable leaker known as l0vetodream has hinted that Apple may debut its rumored redesigned and colorful iMac at its "Spring Loaded" event on Tuesday, April 20. In a tweet, the leaker posted an image of Apple's logo used for marketing the upcoming event and an image of the retro rainbow Apple logo alongside the colorful lineup of G3 iMacs. Apple leaker Jon Prosser previously reported that...
Read Full Article • 241 comments

Saturday April 17, 2021 11:38 pm PDT by Tim Hardwick
Leaker known as "DuanRui" has shared more images that could give us our best look yet at Apple's redesigned notch for the iPhone 13. The new pictures follow similar images shared by the leaker last week, but the latest shots include a comparison with the existing iPhone 12 notch. DuanRui posted three images on Twitter that apparently originate from Weibo, although source details remain...
Read Full Article • 142 comments