Google Maps has temporarily gained a new trick for April Fools', with users of the mobile app able to play a geographical version of the classic game Snake. 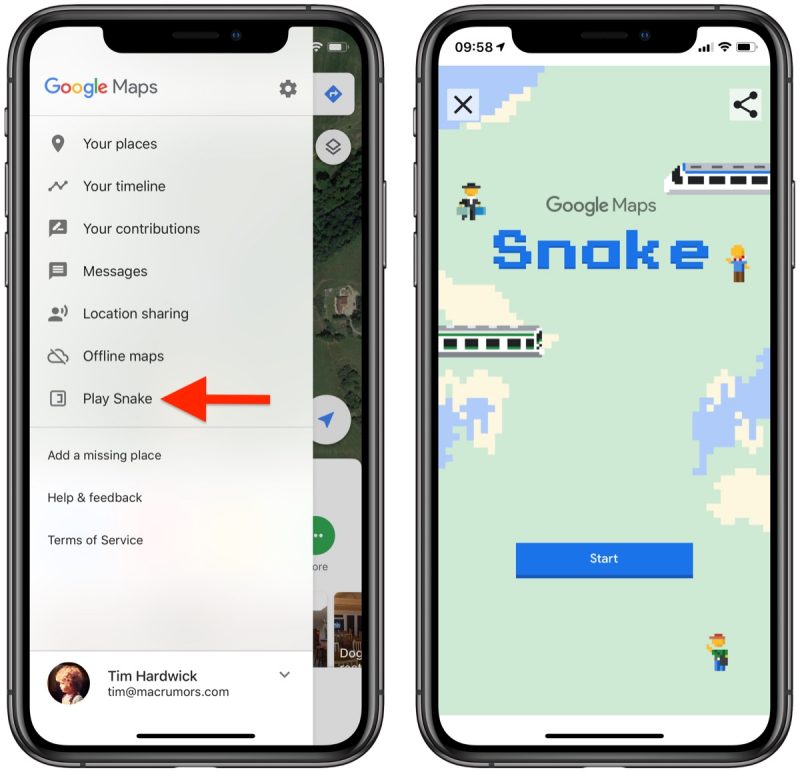 To play the game, simply launch the Google Maps app, tap the menu icon in the top-left corner of the interface, then select Play Snake.

Pick which city you'd like to play in – options include Cairo, London, San Francisco, São Paulo, Sydney and Tokyo – and then start picking up as many passengers as you can without bumping into yourself or falling off the map.

Snake rolls out on Android and iOS today, and Google says it will be available to play in the app for about a week. A standalone site has also been set up for anyone who wants to feed their Snake addiction beyond that time.

Who’s going to go on Google Maps to play snake?

* a thing that is fanciful or odd.

Reason077
My Google Maps app was initially missing the “play snake” option. But when I force-quit and restarted it, it appeared.

RodThePlod
More an Easter Egg than an April Fools though...
Rating: 2 Votes

Lazrhog
That's pretty poor compared to when they did pacman
Rating: 1 Votes

MikeSweden
What do you mean; lame, awful. it's amazing. For us who grew up with snake it's a trip down memory lane.
Rating: 1 Votes
[ Read All Comments ]