Update: Despite what Apple's internal document stated, OWC has released an aftermarket 256GB memory upgrade kit for the iMac Pro for $2,499.


Last week, Apple added a 256GB RAM configure-to-order option for the iMac Pro. Unfortunately, if you already purchased an iMac Pro with 128GB of RAM or less, upgrading to 256GB does not appear to be possible. 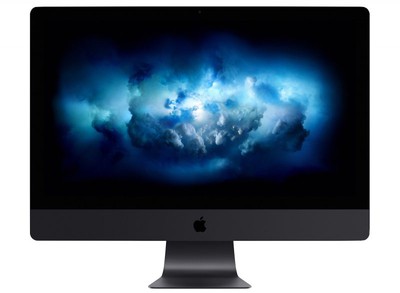 The new 256GB RAM option consists of four 64GB memory modules, and in an internal document distributed to Apple Stores and Apple Authorized Service Providers, Apple states that the new configured-to-order ‌iMac‌ Pro is the only model designed to work with those 64GB memory DIMMs. No reason is provided.

This information suggests that Apple Authorized Service Providers will not be able to upgrade an ‌iMac‌ Pro to 256GB of RAM, nor will third-parties like OWC. In other words, purchasing an ‌iMac‌ Pro with 256GB of RAM will only be possible via the CTO option on Apple's online store during the checkout process.

The standard ‌iMac‌ is a bit more fortunate, as OWC has confirmed that the new 27-inch models released last week can be upgraded with up to 128GB of RAM, despite maxing out at 64GB on Apple's online store.

PinkyMacGodess
Should Apple retire the 'Pro' name. It's obvious they can't deliver. Sad, really... And I cling to my Macpro4,1 hoping it lasts a few more years.

EDIT: My point is that 'Pro's' need flexibility. If there is no physical way to upgrade the system, then it's either buy top of the line, or look elsewhere. The closed agenda has to be costing them some users, one would think...
Score: 36 Votes (Like | Disagree)

bevel
Surprise! Who'd have thought Apple would pull more of this ****?!
Score: 29 Votes (Like | Disagree)

Oh no! Limited to a plebian 128GB of RAM on the most RAM-efficient OS available! What ever will we do? /s

In desktops, RAM is mostly needed for apps not OS.
Score: 27 Votes (Like | Disagree)

Or 'PROfit' as people have to upgrade to get more memory?
Score: 22 Votes (Like | Disagree)

Plutonius
I'm not sure what professionals are in the market for an iMac Pro if they need 256 Gig. Until Apple comes out with a revised Mac Pro, I would probably looking at non-Apple solution for a lot less money.
Score: 21 Votes (Like | Disagree)

BaccaBossMC
Oh no! Limited to a plebian 128GB of RAM on the most RAM-efficient OS available! What ever will we do? /s
Score: 17 Votes (Like | Disagree)
Read All Comments