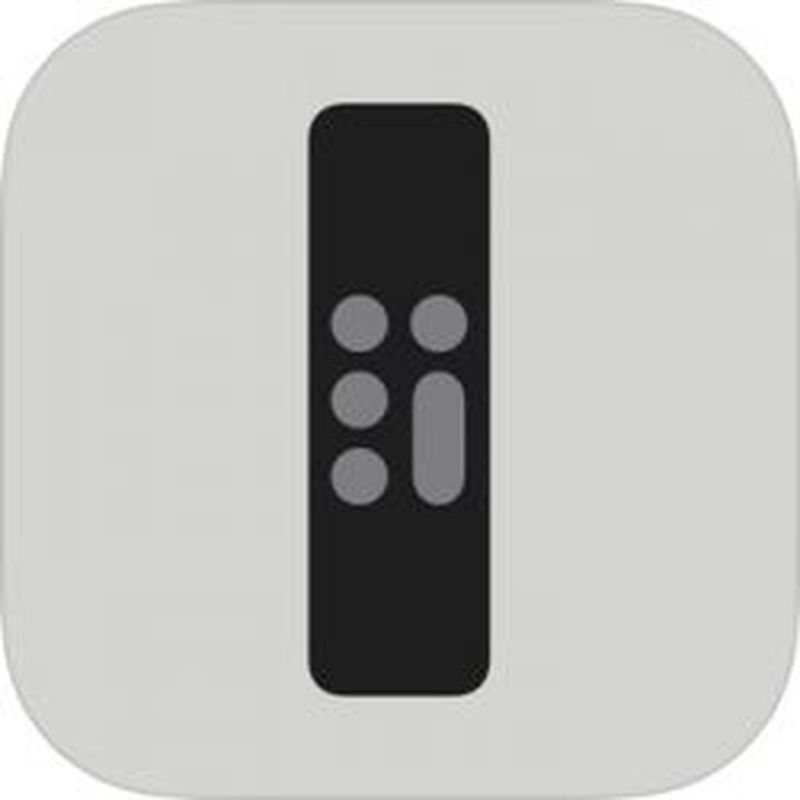 Apple today updated its Apple TV Remote app, which doesn't receive new features very often. According to Apple's release notes, there's nothing major that's included in the update, but it does feature a new app icon.

The prior icon was an Apple logo next to the word "TV," the branding that Apple uses for its ‌Apple TV‌ set-top boxes. The new logo resembles the ‌Apple TV‌ Remote, making it clearer what its function is.

Today's revamped logo matches the updated logo for the ‌Apple TV‌ Remote option in the Control Center on iOS devices. Apple also changed that icon from the ‌Apple TV‌ branding to a remote control design in the iOS 12.2 update.

iOS 12.2 brought other changes to the Remote option on the iPhone and iPad as well, introducing a design that is darker, more streamlined, and takes up the majority of the ‌iPhone‌'s interface. With a full ‌Apple TV‌ Remote available in Control Center on modern devices, there's little reason to download the standalone ‌Apple TV‌ Remote app.

Apple is, however, still keeping it around, and according to today's release notes, version 2.2 brings "general performance and stability improvements" along with the new app icon.

The ‌Apple TV‌ Remote app can be downloaded from the App Store for free. [Direct Link]

MacFather
Am I the only one who miss this?

Am I the only one who miss this?

Feyl
It couldn’t be uglier. Honestly, it shocks me that someone with eyes said ok to this.
Score: 7 Votes (Like | Disagree)
Read All Comments

Thursday April 9, 2020 7:32 am PDT by Joe Rossignol
LG today announced pricing and availability for its 2020 NanoCell TVs with AirPlay 2 and HomeKit support in the United States. The first 4K models are rolling out now, with pricing starting at $599 for a 55-inch model. The entire 4K lineup will be released by September, including up to an 86-inch model for $3,299. 8K models will also be rolling out in May and June, including 65-inch and...
Read Full Article • 118 comments