The ticket lottery for Apple's 2019 Worldwide Developers Conference ended yesterday afternoon at 5:00 p.m. Pacific Time, and following the end of registration, Apple has started sending out confirmation emails to winners.

Developers who scored a ticket to WWDC can expect to see their credit cards charged for the $1,599 over the course of the next few days. 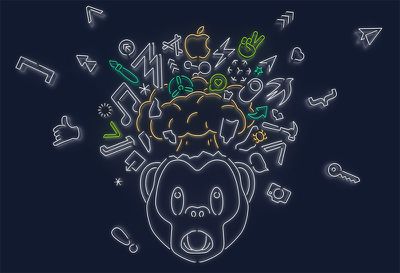 Apple uses a lottery system to provide developers with WWDC tickets and has done so for the last several years due to overwhelming demand. There are approximately 5,000 spots open for developers, but Apple gets many more applications than that.

Developers who receive a WWDC ticket will be able to attend iOS, watchOS, tvOS, and macOS app development sessions and more than 1,000 Apple engineers will be on hand and in labs to provide assistance.

The 2019 event will start on Monday, June 3 and will last through Friday, June 7 at the McEnery Convention Center in San Jose, California. Apple will host a keynote event on Monday to introduce new iOS, tvOS, macOS, and watchOS software. There are sometimes a few hardware surprises, though we haven't heard much detail on what could be included. It's possible we'll see our first glimpse at the new modular Mac Pro Apple has been working on since 2017.

Following the keynote event, Apple will make new software updates available to developers and the rest of the week will be spent in technical sessions and hands-on labs.

Developers not selected to purchase a WWDC ticket will be able to watch the keynote session and follow along with technical sessions through the Apple Developer Website and the WWDC app for iPad, iPhone, and Apple TV.

UnalignedByte
Every time there is WWDC the comments are the same - Apple is charging so much for the tickets and the insane fanboys are willing to pay for it!

Some people don't understand that most conferences are not free, and a lot of them cost $1000 or more to attend. For Apple to delegate so many if its best employees for a whole week to do this has to cost way more than what they make back in the ticket prices. I would assume that they charge for it simply so that people who actually see value in the whole week of presentations and labs apply, instead of most who would just go for they keynote.

I personally been applying for it for the past number of years and still haven't had any luck. It's been on my wish list for a long time, so maybe I'll get lucky this time, but to be honest, I haven't got much hope :(
Score: 16 Votes (Like | Disagree)

There are over 1,000 Apple engineers in attendance who you can speak to one-on-one about your App and discuss your code with them. This is in addition to all the sessions covering frameworks/APIs.

No, that's not what's insane; your take is. Save for certainly a few rabid Apple fans who only want to watch the keynote (which can be viewed online for free) in person, developers—not "Apple consumers"—comprise the overwhelming majority of people entering the lottery.
Score: 12 Votes (Like | Disagree)

I still find it mind boggling that Apple charges so much for a dev to go to WWDC where they are taught how to make better apps, of which Apple takes half the revenue.

Has Apple adjusted to only taking 30%? Last I heard it was 49%, and besides, I'm sure the government takes their chunk of what is left.

Last you heard? Check Apple's developer policy which has been available online since before the App Store launched. It's still 30%, just like it always has been. And yes, the government does take their chunk. It's called taxes, which has also been a thing since pretty much the beginning of the world. None of these facts should be "mind boggling" at this point.
Score: 6 Votes (Like | Disagree)

Yeah, that's awesome. You can actually go on a real training course for that kind of money -- you know, with a trainer and a small class, and absolutely no "lottery" involved.

1600 bucks is a lot of money for going on a pilgrimage to meet Apple staff. Even the Vatican in Rome doesn't charge that entrance fee.

Guessing you've not been to WWDC? Many of the sessions are not with super large groups, and getting code-review sessions with Apple engineers 1:1 is worth the entrance fee. This conference is for developers, not to watch Tim speak at the keynote.
Score: 5 Votes (Like | Disagree)
Read All Comments