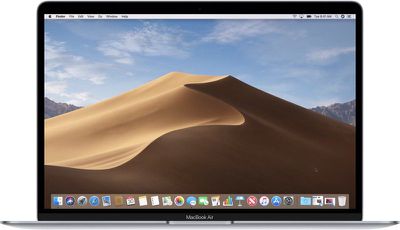 The update also includes support for Safari AutoFill using Touch ID and automatic dark mode themes in Safari. That means if you have Dark Mode enabled, when you visit a website that has an option for a dark theme, it will be activated automatically. You can see a demo of the feature here.

macOS Mojave 10.14.4 will likely be in beta testing for the next several weeks as Apple refines features and works out bugs. After that, it will see a release alongside iOS 12.2, watchOS 5.2, and tvOS 12.2.

Awesome logic, lets not ask for improvements for anything so the world can live in limbo in its current state, progress is a ****** concept, right?

If you aren't using https://www.apple.com/feedback to log your issue, Apple isn't going to know about it.
Score: 7 Votes (Like | Disagree)

luvbug
I think those of us that come here because we actually enjoy Apple products should just abandon these forums. Let the negative nellies stew in their never-ending spew with no one but themselves to listen. All the live for is to thrash something ... anything. Of course Apple isn't perfect, but neither are you.
Score: 6 Votes (Like | Disagree)

I think it is safe to say that you (and we all Mac users) can forget about Nvidia. Forever.
Score: 3 Votes (Like | Disagree)

Awesome logic, lets not ask for improvements for anything so the world can live in limbo in its current state, progress is a ****** concept, right?

Apple has long standing, well established channels for reporting bugs and requesting features. You should try using them, since MacRumors forums is not one of those channels.
Score: 3 Votes (Like | Disagree)

Apple has long standing, well established channels for reporting bugs and requesting features. You should try using them, since MacRumors forums is not one of those channels.

ok fair enough but Mac forum is not only to praise apple either
you have the right to like apple but we also have the right to "complaint" or express our opinion
if you accept apple lower standards, I don't have any problem with that
what I don't understand is why some people get mad when all we want is an improvement

there is no reason to get upset
if you are fine with the way apple is doing things, that is perfectly fine
but don't judge others or throw them down the bus
simply because we want something a bit better
we are not asking for the world or "perfection", we simply want something that is acceptable
and what apple been offering lately is totally unacceptable

basically before mr crook sorry mr cook era
like it or not with all due respect, apple has lower their standards

the problem is that some people simply can’t handle the truth
and wants to shove apple down people's throat
if we said anything , we are negative and we are whining and complaining
well I got another word for you, we are realistic and we are not blinded by fanaticism
we are sincere and we call it like it is, we love apple as much as you do
but we can't clap when apple do something wrong

just because apple has a report bug page, it doesn't mean we can't talk about it any where else
we have the same rights you have

how bout , I should stopped coming here because there are a bunch of delusional apple fans
that don't want to hear the truth

I will continue to come here regardless, I understand everybody has a different point of view
you just have to learn how to accept other persons opinion just like I accept yours

iAssimilated
+1 For hoping this release focuses on improving the drivers, reliability, optimization, and support for AMD Radeon cards and eGPUs!
Score: 1 Votes (Like | Disagree)
Read All Comments

Thursday September 29, 2022 7:26 am PDT by Sami Fathi
Speaking at Università Degli Studi di Napoli Federico II in Naples, Italy, Apple CEO Tim Cook said that not too long from today, people will wonder how they led a life without augmented reality, stressing the "profound" impact it will have on the not so distant future. At the university, Cook was awarded an Honorary Degree in Innovation and International Management and also sat down for a...
Read Full Article • 370 comments