Cloud movie locker service UltraViolet will officially shut down on July 31, 2019. The Digital Entertainment Content Ecosystem (DECE) announced the closure late last night, and will begin informing users of the service's end throughout today (via Variety). 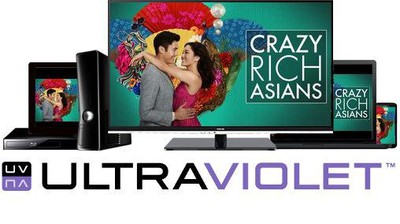 To do this, UltraViolet is advising users to log into their accounts and verify that they have another retailer linked to their UltraViolet Library, which will allow them to watch their movies and TV shows on another platform after July 31. Retailers include Fandango Now, VUDU, Kaleidescape, Paramount Movies, and Verizon Fios.

The company implores that users do not unlink or close their UltraViolet Library, because UltraViolet and other retailers will continue working together to "maximize your continued access to movies and TV shows" after the shutdown. The company says that "in the majority of cases," movies and TV shows will remain accessible at previously-linked retailers after July 31.

Users will also be able to continue to make online purchases and redeem digital codes, but these will only be available through other retailers and will not be added to an UltraViolet Library.

DECE president Wendy Aylsworth told Variety in an exclusive interview this week that the decision to discontinue Ultraviolet was a response to the evolution of the market for online entertainment. “The marketplace for collecting entertainment content was very small when Ultraviolet started,” she said. “It was siloed into walled gardens at the time.”

UltraViolet first launched in 2011 and allowed customers to redeem digital versions of films found in their physical Blu-ray packaging. As of today, UltraViolet has more than 30 million users who have stored more than 300 million movies and TV shows in their cloud libraries.

However, according to DECE president Wendy Aylsworth, the decision to end UltraViolet "doesn't really have anything to do with Movies Anywhere." Ultimately, the future of the entire DECE has yet to be decided, but VUDU vice president Scott Blanksteen ensured users that they will be able to continue to access VUDU as normal even after UltraViolet's shutdown, because VUDU "will not be impacted by the discontinuation of the UltraViolet platform."

Since its launch eight years ago, Apple never allowed direct iTunes support or sync with UltraViolet Libraries. When customers purchased Blu-rays or DVDs with digital codes, they would sometimes be given the option of choosing an iTunes-only digital code, or one from UltraViolet.

QuarterSwede
This is why I still buy BluRays with digital codes we redeem in iTunes (if possible, usually is). Best of both worlds and if a service dies we still have the disc.
Score: 18 Votes (Like | Disagree)

Darmok N Jalad
This definitely shows the risks of ownership with streaming only options. Amazon Video now injects ads for their own content before you watch a movie/show. We’ve seen them do this even for content that we paid to rent or own. It all can change depending on licensing agreements and the costs of delivery. Even music streaming content comes and goes based on licensing and availability.
Score: 14 Votes (Like | Disagree)

Smearbrick
This is why I have no issue downloading the purchased movie files and stripping the DRM from them for my Plex server. Nothing lasts forever, as someone said. Definitely not in this case.
Score: 12 Votes (Like | Disagree)

dumastudetto
This is why I keep everything in iTunes. It's guaranteed to basically exist forever.
Score: 11 Votes (Like | Disagree)

This is why I keep everything in iTunes. It's guaranteed to basically exist forever.

No it's not. Tons of posts on this forum and on reddit about iTunes content going from 4k to HD to SD and back, disappearing and reappearing, confusion about special editions.
Score: 8 Votes (Like | Disagree)

This is why I keep everything in iTunes. It's guaranteed to basically exist forever.

Unfortunately nothing is forever. Once great companies can fall from grace and vice versa.
Score: 6 Votes (Like | Disagree)
Read All Comments

Thursday June 4, 2020 10:07 am PDT by Juli Clover
We still have a few months to go before Apple unveils the iPhone 12, but rumors about the iPhone 13, coming in fall 2021, are already circulating. Japanese site Mac Otakara today shared a rough 3D printed mockup of a 5.5-inch iPhone said to be coming in 2021, which is from "Alibaba sources." The model may be built on leaked specifications and rumors, but where the info comes from is unclear. ...
Read Full Article • 91 comments