A questionable and unconfirmed rumor from Israeli site The Verifier suggests that Apple's iOS 13 update, expected to be previewed this summer at the Worldwide Developers Conference, will drop support for a number of iPhones and iPads.

The site says iOS 13 will be unavailable on the iPhone 5s, iPhone SE, ‌iPhone‌ 6, ‌iPhone‌ 6 Plus, ‌iPhone‌ 6s, and ‌iPhone‌ 6s Plus, all devices that are compatible with iOS 12. 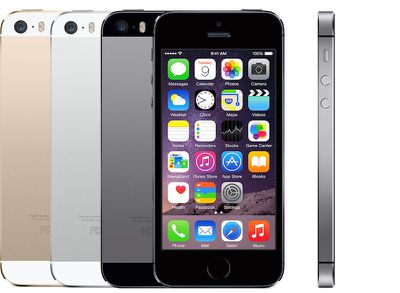 As for iPads, The Verifier believes Apple will drop support for the iPad mini 2, ‌iPad mini‌ 3, iPad Air, ‌iPad Air‌ 2, and possibly the ‌iPad mini‌ 4. The sixth-generation iPod touch is listed as a device that will also be incompatible with iOS 13.

If this rumor is true, and we don't know that it is because The Verifier did not provide details on where the information is from or how it was obtained, it would see Apple dropping support for three generations of iPhones at one time, a move that seems somewhat unlikely.

Apple aims to provide software updates for its iOS devices for as long as possible. Both iOS 12 and iOS 11 offered support for the ‌iPhone‌ 5s and newer, the ‌iPad mini‌ 2 and newer, and the ‌iPad Air‌ and newer. At the time iOS 12 launched, some of those devices were five years old.

Dropping support for everything up to the ‌iPhone‌ 7 would leave iOS 13 compatible only with iOS devices from 2016 or later. Two of those devices, the ‌iPad mini‌ 4 and the sixth-generation iPod touch, are current-generation devices, though they may not be by the time iOS 13 launches as updates for both are in the works.

The Verifier claims that in addition to dropping support for iOS 13 on a wide swath of devices, Apple will also restrict some iOS 13 features to newer models to "make as many users upgrade to the latest models of iPhones." While it's true there are sometimes iOS features limited to newer devices because of hardware limitations, Apple has a long history of supporting older devices for years after launch.

The Verifier has previously provided semi-accurate info on Apple's plans. In 2017, for example, the site said Apple would bring Group FaceTime to iOS 11. We did get Group ‌FaceTime‌, but not until iOS 12.1 in 2018.

Update: The Verifier has updated the original article to list the lack of iOS 13 support for the ‌iPhone SE‌ and ‌iPhone‌ 6s as "questionable" rather than concrete.

PixelDestructor
How else would Apple get people to pay for their overpriced garbage when their old phones are working perfectly fine and surely can handle this update no problem? Typical of today's Apple.
Score: 60 Votes (Like | Disagree)

luvbug
Funny how people here are ready to accept this totally unsubstantiated rumor as fact, and pummel Apple for a major fail, rather than figure the source to be desperate for clicks, which has a *much* higher probability of being the case.
Score: 52 Votes (Like | Disagree)

MrGimper
I’d be surprised if the 6s was dropped.
Score: 47 Votes (Like | Disagree)

HarryPot
Why would they continue selling the iPhone SE if it will no longer be supported later this year?

Makes no sense.... yet, I've come to expect such things from Apple.
Score: 35 Votes (Like | Disagree)

ccsicecoke
No thanks. I'm sticking to iOS 6 with beautiful UI to save my eyes
Score: 28 Votes (Like | Disagree)

catportal
Looks like someones Cooked up a new way to generate revenue! Can't battery change your way out of software deprivation.