iOS 12.2 and macOS Mojave 10.14.4, available in a beta capacity for developers as of this morning, expands the availability of Apple News app to Canada for the first time.

Canadian iPhone, iPad, and Mac owners can use ‌Apple News‌ in both English and French, with Apple's release notes indicating a bilingual experience is available when following a channel in a second language. 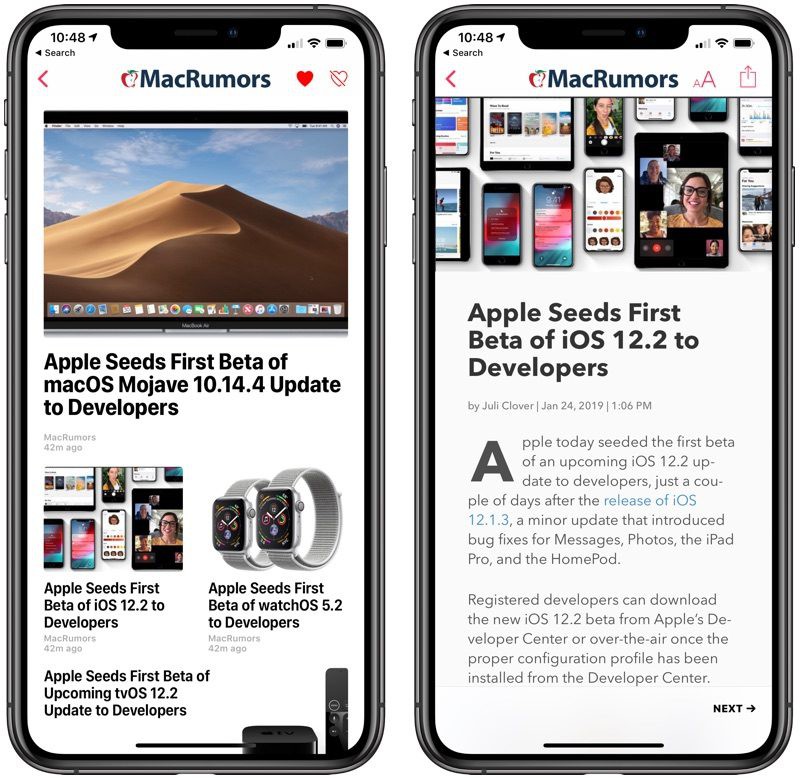 Apple says that publications available during the beta testing period do not reflect all of the content that will be available, and Top Stories and Digests are not updated as frequently as they will be when the feature officially launches.

‌Apple News‌ first launched in iOS 9 in 2015, and initially, it was only available in the United States. It later launched in Australia and the UK, and those countries, along with Canada, are the only countries where the app can be accessed without adjusting the region location.

Canadians who are using ‌Apple News‌ for the first time (and U.S. readers) can access MacRumors content by following this link.

‌Apple News‌ in Canada is limited to developers at the current time, but will be available to public beta testers as well when Apple releases public betas. iOS 12.2 and macOS Mojave 10.14.4 should see an official launch after several weeks of beta testing.

The funny part is, that the Apple News widget showed Canadian news since day one.
Score: 4 Votes (Like | Disagree)

Mike_Trivisonno
Apple News is horrible. Who wants "curated" (censored) news items when one has access to the entirety of the world wide web at their fingertips?
Score: 2 Votes (Like | Disagree)

JWD
Finally Apple, thank you!! I have been using the News widget daily since I can remember. The content is from Canadian sources and extremely relevant to what’s being talked about (locally and international). I tried Google News and it was too American for me. Glad to hear that the News app is finally here; I’m growing too old waiting for things to happen at Apple Canada that’s already been announced by Apple US.
Score: 2 Votes (Like | Disagree)